As gender equality is still a dream, on the International Day of The Girl Child celebs raise their concerns and offer few solutions : The Tribune India

As gender equality is still a dream, on the International Day of The Girl Child celebs raise their concerns and offer few solutions 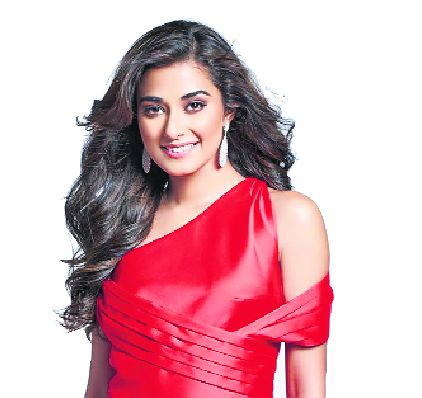 As October 11 marks the International Day of The Girl Child, we take a look at celebs’ recent social media activities on the issue as well as talk to a few to find out how would they propagate this year’s theme, ‘My voice, our equal future.’

Katrina Kaif feels strongly for the education of girl child. She, in her series of latest posts, is seen advocating for education for the girl child and has associated with the NGO called Educate Girls to do so. Her post reads, “Say hi to my friend Ayushi! Hers was the first door I knocked on when I became a #TeamBalika volunteer for @educategirlsngo before lockdown. It was a proud moment stepping into their shoes, being aligned to their purpose of sending every girl in their village back to school. #EducateGirls is working in India’s most rural, remote areas to bridge the gender and #literacygap. They have helped enroll 7,50,000 girls in schools and improved learning outcomes for over 1.3 million children till date. backtoschool#DayoftheGirl#genderequality.”

Actress Stefy Patel holds the same opinion. She adds, “The biggest step towards equality is to educate both, girls as well as boys. Parents need to hold talks with their children, be it on sex education or various stereotypes.”

On the issue of heinous crimes committed against girls despite the stringent law, she says “The punishment is not justified according to the seriousness of the crime. The legal system gives enough time to the culprit to escape or to change the narrative. My message to the girls is to strive to be self-dependent and raise their voice against injustice. Most importantly, girls should know that they have the right to make their own decisions.”

Actress, writer and Instagram influencer Sukhmani Sadana feels girls are raised to be subservient to boys and that is the root-cause of gender inequality. She says, “When the problem lies in the roots, no beautiful tree is going to grow out of it. I believe that the power of social media should be exercised to its full potential. And it can be achieved by raising concerns or initiating a dialogue on gender equality. That’s where media influencers, actors and celebrities can play an important role. We women need to understand that united we stand to bring a positive change, so tell your brothers, sons, father and husband that they have to learn how to respect a woman.”

Actress and founder of Dream Buds Foundation that supports education of the poor children, Diljott says any crime against women should be dealt with strictly. “The victims deserve speedy justice. There should be an effective grievance redressal system in every region where the girls can discuss the challenges and obstacles faced by them in daily life. Rest I feel the moral education to uphold the respect and dignity of the girl should be inculcated among men right from the tender age.”

She leads by example. “There is a dire need to see the world through the lens of objectivity and neutrality and to reject male chauvinism.

Deepshika Deshmukh, producer of Bellbottom, and the new face of production house Pooja Entertainment, says we should take a serious look at the reasons why so many crimes are being committed against minor girls. She says, “The protection of young girls is inadequate in view of the dangers they face every day. But as we have seen, young girls around the world are demanding change, be it in the sphere of education like Malala Yousafzai or sports like Hima Das or climate change like Greta Thunberg. In India, we have so many inspiring young women and we can use their example and work towards creating leaders.”