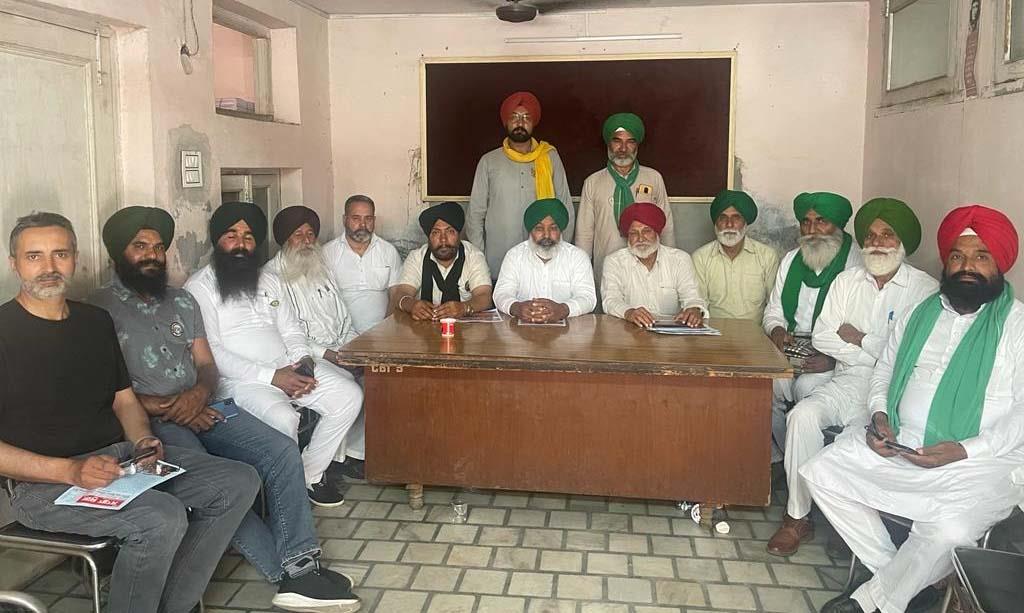 Members of the Sanyukt Kisan Morcha address a press conference in Ludhiana on Sunday. Tribune Photo

In the wake of factionalism and blame game going on between various farmers organisations following the Bharti Kisan Union-Rajewal’s decision to take a plunge in electoral politics in the recently concluded Assembly elections in the state, nine organisations of farmers — all constituents of the Sanyukt Kisan Morcha — have openly come out to achieve unity and bring all factions at a single platform once again in the larger interests of farmers and agriculture in Punjab.

In a joint meeting here today, leaders of these farmer organisation made a fervent appeal to the Sanyukt Samaj Morcha, headed by Balbir Singh Rajewal, to review its decision about continuation of the political outfit in the context of unity of the farmers and its significance in the prevailing scenario in the country. After detailed deliberations, some leaders were assigned the duty of discussing the issues that had become a stumbling block in the way of ‘coming together’ of the two groups in order to bring about a consensus.

Farmer leaders Buta Singh Burjgill, Nirbhai Singh Dhudike and Manjit Singh Rai stressed the need for keeping the flock (SKM) together because breaking up of the torchbearer joint front of the farmers would indirectly benefit the ‘anti-farmer’ Modi government and corporate businesses.

The leaders of farm bodies pleaded with both the factions not to make any provocative or derogatory statements against each other lest these should further widen the gap between the two warring groups and rule out chances of a reconciliation which is need of the hour keeping in view that the battle launched by the farmers jointly against the Centre has been half-won and a lot more still has to be done for the implementation of the demands accepted by the government.