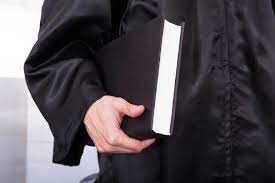 The Bar Council of Punjab and Haryana has unearthed a major scam in Ludhiana where around 140 advocates have been found practising as lawyers allegedly on fake licences (enrolment certificates) issued in the name of the Bar Council.

The disciplinary committee of the Bar Council of Punjab and Haryana comprising CM Munjal, chairman, Harish Rai Dhanda, member, and Vikas Bishnoi, co-opted member, have sent the list of such advocates to the Commissioner of Police (CP), Ludhiana, for registration of an FIR in the matter. The committee in its order passed on Wednesday also restrained these lawyers from appearing in any court of law with immediate effect. While hearing a complaint, the disciplinary committee in its order (dated August 5) has formed a three-member internal committee to check the licences of all members of the District Bar Association. In compliance of the order, the committee submitted a report after comparing the voter lists provided by the Bar Association and the records of the Bar Council.

The committee after scrutiny of the records from 2000 to 2021 found that a total of 140 advocates of Ludhiana who have been practising on their enrollment numbers does not match with the records of the Bar Council. The order of the disciplinary committee says that David Gill, an advocate of Ludhiana, filed a complaint against Parminder Singh, alleging that the person has been enrolled as an advocate but actually he has not passed the law degree and has become a member of the Bar Council on the basis of a forged degree. He sought information from the council under the RTI in which he was informed that enrolment no. P-921 of 2016 is of one Prince Roop Rai of Patiala and therefore, Parminder fraudulently declared himself as an advocate in 2018.

He said Parminder also contested the election of executive member of the DBA, Ludhiana. The complainant said on his personal inquiry, he learnt that a big racket was being run in Ludhiana, under which enrolment certificates of advocates were forged and the same might be required to be inquired.

Notice of the complaint was issued to the respondent, Parminder, who appeared and filed his reply in which he has taken the ground that advocates Sukhmani Singh and David Gill were his childhood friends and they took him to advocate Deepak Prajapati of Ludhiana. Prajapati was having some prospectuses of colleges, showing that he was providing the LLB degree to students through correspondence education by charging Rs 1,50,000 per person.

He said he had paid the amount in three instalments and thereafter, Prajapati said he could get the 5-year LLB course degree from Chaudhary Charan Singh University, Meerut.

Parminder further stated that Prajapati got him a forged and fabricated degree of law. He said to get his licence, advocate Deepak Prajapati and David Gill took him in their car to the Bar Council, Chandigarh, and asked him to sit in the reception area and they said they would bring his enrolment number.

Notices were also served on Deepak Prajapati, who came and sought time to file a reply to the allegations levelled against him. But later, on the adjourned date, he failed to appear and no reply was filed. The disciplinary committee has also sent the order to the District and Sessions Judge, Ludhiana.