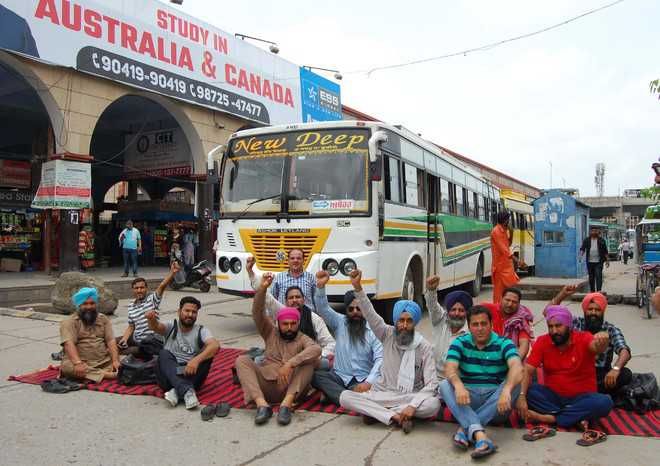 Members of the Punjab Roadways, PUNBUS and PRTC Contract Workers Union, staged a protest rally at the local depot gate on the premises of the bus stand.

The protesting union members criticised the government for not regularising the services of contractual workers.

Union leaders Samsher Singh and Satnam Singh said they have been protesting for their demands for a long time but still the services of the contractual workers have not been regularised. For the past nearly five years, service of no contractual employee has been regularised, they said.

The protesting members said instead of making amendments to the Act concerned, the government is threatening the contractual workers with dire consequences.

Shamsher Singh said if their demand is not accepted in the Cabinet meeting of the Punjab Government scheduled to be held on November 29, they will be forced to block roads in the state.

A union leader from the local depot, Gurpreet Singh Waraich, said they have also announced to support the transport union of Chandigarh against privatisation. The union members said they had raised their demands before the Punjab Chief Minister and Transport Minister but nothing has been done to meet our demands to date. The union has decided to go on an indefinite strike from November 30 onwards, if the government did not find any solution.