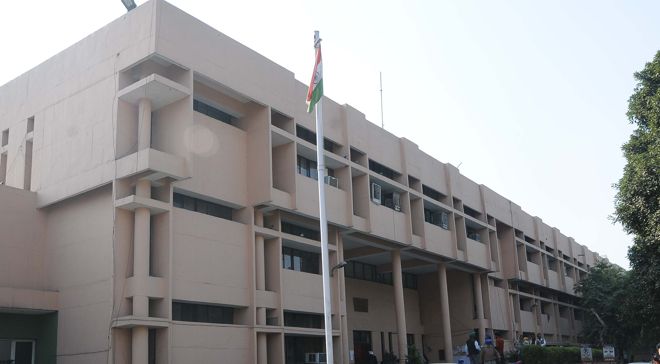 As many as 90 public complaints and issues of various nature have been resolved within hours or days in the district in the past one month, the administration has claimed.

All these complaints were received on an integrated helpline, a one-stop solution to the public problems and complaints, launched by the district administration on May 31, the officials have said.

Sharing details, Deputy Commissioner Surabhi Malik told The Tribune here today that the initiative had evoked massive response from the public for the resolution of their complaints and grievances pertaining to different departments through a single platform.

The helpline, which is a brainchild of the DC, provides the residents an opportunity to lodge their complaints and share problems through WhatsApp messages, audios, videos and pictures, for their swift resolution.

“Earlier, the residents had to shuttle between various departments and offices to get their grievances and issues resolved. Now, this helpline provides them an opportunity to submit their complaints from their mobile phones without reaching physically to any office or official concerned,” Malik said.

Divulging the progress of the helpline, Jasleen Bhullar, Assistant Commissioner (Grievances), who is the nodal officer of the project, said as many as 273 complaints of various nature and pertaining to different departments were received at the helpline during the first month from May 31 to June 30. Of these, 90 genuine grievances were redressed within hours or days, while the remaining 183 were marked to the departments concerned for their early resolution on a priority.

She revealed that a maximum of 162 complaints received on the helpline pertained to the Municipal Corporation (MC), which were forwarded to the MC Commissioner for prompt redressal, followed by 43 complaints of illegal mining, of which 26 were resolved on the spot, while 17 were in the process of being examined before initiating necessary action in the matter.

Jasleen said an online mechanism was also being worked out. Under this mechanism, complaints pertaining to other departments and districts, received on the helpline and forwarded to their respective heads, would be tracked regularly to ensure their quick response and resolution.

On May 31, the district administration had launched a helpline number 7973530515 for residents to register complaints related to illegal mining, open bores (tube wells), environmental pollution, stubble burning, traffic problem, illegal encroachments on government properties, de-addiction centres, travel agents and any other issue or problem being faced by the public in the district.

On this WhatsApp helpline number, residents can submit their complaints through calls, messages or audios and videos. 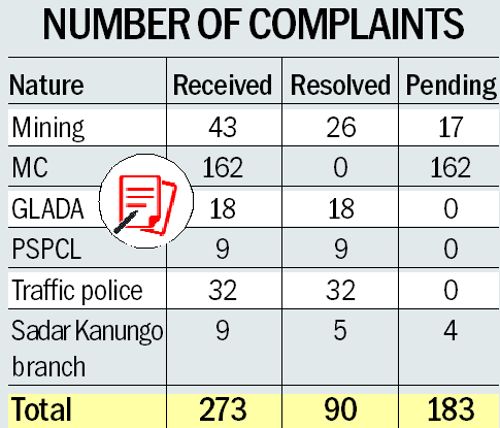 Residents can lodge their complaints 24x7 through call, message, audio or video on a helpline number 79735-30515 for their resolution on a priority.

Our endeavour is to provide accountable, responsive and transparent administration and hassle-free public delivery system to residents. We are committed to resolving each and every genuine complaint received on this helpline within the minimum possible time. —Surabhi Malik, Deputy Commissioner