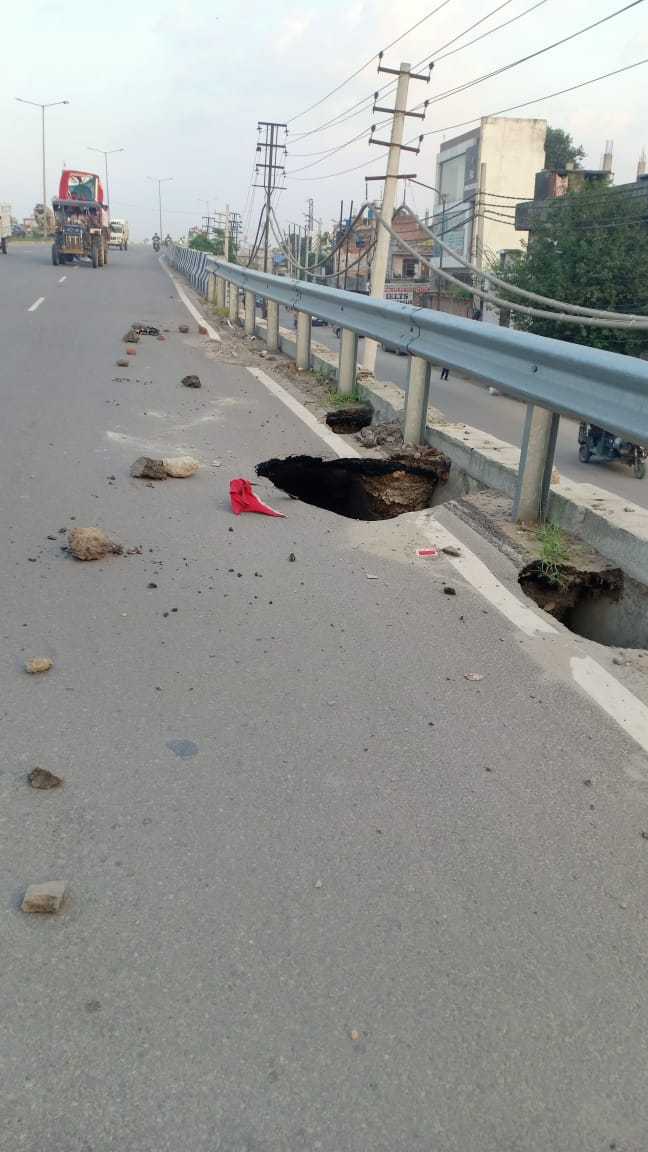 The caved-in portion of the flyover at Jodhewal Basti on the NH-44 in Ludhiana. Tribune photo

A portion of Jodhewal Basti flyover has caved in from different points after recent rainfall. The questions are being raised as to how the road portion got damaged as the flyover work was completed just about two years ago. The cave-ins have appeared in different locations. Meanwhile, some stones were placed to alert the commuters about the pits.

A resident said, “It is a matter of concern if any portion of the stretch has caved-in. The authorities concerned should take necessary measures to ensure safety of the commuters.”

When contacted, Virendra Kumar, Project Director, NHAI, said he would look into the matter and required action would be taken in this regard.

The flyover is a part of six-laning of 291-km stretch between Panipat and Jalandhar project under the NHAI. After missing multiple deadlines, the flyover work was completed in 2019.