IPS, PPS officers among 16 cops to be awarded for meritorious service on R-Day 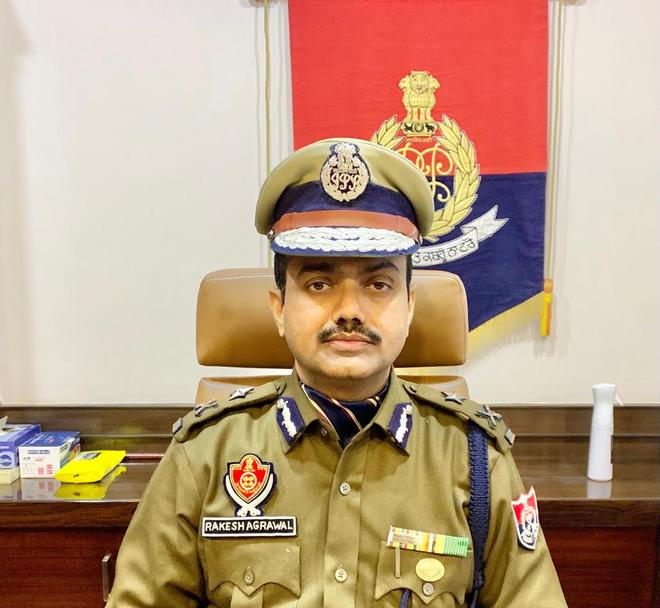 IPS officer Agrawal and PPS officer Singh were among 16 personnel from the Punjab Police who were conferred the President’s Police Medal for Meritorious Service by the Union Government on the occasion of Republic Day.

The IGP-rank 1999-batch IPS officer, Agrawal, had joined as the Ludhiana police chief on September 10, 2019. The 45-year-old topper in BTech Electronics and Communication Engineering was credited with controlling crime in the most populated city of the state. He also did a remarkable work in the fight against Covid and ensured safety of residents.

While maintaining the law and order situation during the pandemic-induced curfew and lockdown, the Ludhiana police, under the command of Agrawal, ensured peaceful movement of a record 3.5 lakh migrants from the industrial city to their native places through special trains.

“Keeping in view his exemplary and unblemished service record and outstanding performance, dedication and commitment to duty, he has been decorated with the President’s Police Medal for Meritorious Services on the occasion of Republic Day,” the spokesperson said.

The SSP, Vigilance Bureau, Ludhiana Range, Rupinder Singh, who is the grandson of late President Giani Zail Singh, has been awarded the prestigious medal for his efficient control over crime relating to corruption and catching red-handed several corrupt public servants, besides rendering his services towards public welfare works during the pandemic.