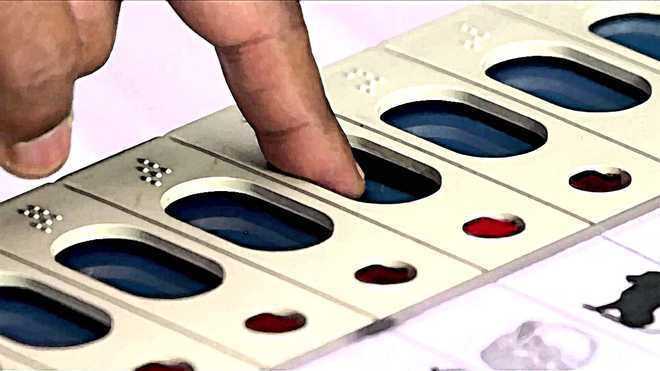 The Ludhiana South Assembly constituency, which was re-constituted in place of Ludhiana Rural following the delimitation in 2009, has remained the citadel of Balwinder Singh Bains, who along with his younger brother MLA Simarjit Singh Bains, had founded the Lok Insaaf Party (LIP) in 2016.

Balwinder, who was elected as an Independent MLA from the seat, in 2012, was re-elected as legislator from here on the ticket of the LIP in 2017.

Prior to the entry of Balwinder (62), in the poll fray from here, the Ludhiana South segment, which was one of the total 14 Vidhan Sabha constituencies in the state’s biggest and largest Ludhiana district, in terms of area and population, had remained the stronghold of the ruling Congress and the Shiromani Akali Dal (SAD).

While the LIP and the SAD, with its new ally Bahujan Samaj Party (BSP), have reposed faith in their previous candidates – sitting MLA Balwinder Singh Bains and former MLA Hira Singh Gabria, respectively, the Aam Aadmi Party (AAP), which will be contesting the elections from the seat for the first time, has nominated a new face, Rajinder Pal Kaur Chhina.

While Balwinder was riding high on what he claims as his “pro-people performance”, the SAD’s Gabria and the AAP’s Chhina were highlighting what they alleged “failures” of the two-time legislator in terms of development of the constituency and promises made with people.

However, the ruling Congress, which had finished a runner-up in 2017, was yet to declare its candidate from here. The newly-formed two farmers’ outfits — Sanyukt Samaj Morcha (SSM), comprising 19 farm unions, including the one led by Balbir Singh Rajewal, and Sanyukt Sangharsh Party (SSP), formed by Haryana farm leader Gurnam Singh Charuni, which have also formed an alliance, and a new-found alliance between the Bharatiya Janata Party (BJP), former CM Capt Amarinder Singh’s Punjab Lok Congress (PLC) and the Shiromani Akali Dal (Sanyukt), led by Sukhdev Singh Dhindsa, were also still undecided on their choices for the seat for the high-stakes Assembly polls slated for February 20.

Balwinder, who had registered two consecutive wins from here in the past, said he was getting a massive response from people of his constituency on the basis of his 10-year service and was confident of his third successive victory this time.

Gabria (73), who had represented the seat twice in 2007 and 1997 and had also remained a cabinet minister in the Parkash Singh Badal-led state government from 2007 to 2012, said he was contesting the elections on the plank of development and uplift of Dalits, which he alleged were ignored during the previous 10 years.

Chhina, who was contesting her maiden elections, said people were fed up with successive rulers and were eager for change this time. Having joined the anti-graft movement spearheaded by Anna Hazare from Jantar Mantar in New Delhi, she had been associated with AAP supremo Arvind Kejriwal since then.

In 2012 also, Balwinder had trounced the SAD’s Hakam Singh Giaspura while Ashok Prashar of the Congress had finished third.

Earlier, the Congress had won the seat, which was known as Ludhiana Rural from 1977 to 2007, and Ludhiana South from 1951 to 1972, seven times, while the SAD had represented this constituency four times.

I will register a hat-trick with my third successive victory this time. People of my constituency have reposed faith in me. — Balwinder Singh Bains, LIP MLA

People have seen the difference between services rendered by me and rivals during past decade. Now, it’s SAD’s turn to again represent the seat. — Hira Singh Gabria, SAD-BSP

We’re getting a good response from the public for bringing about change in the state in this elections. People are fed up with traditional parties. — Rajinder Pal Kaur Chhina, AAP