Modernised abattoir yet to be made functional 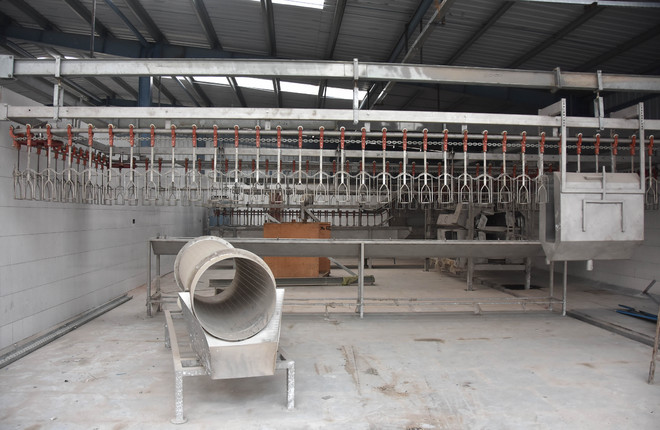 Even after the passage of almost 11 months after the completion of the work to modernise MC’’s slaughterhouse on Hambran Road, it has not been made functional till date. Crores of rupees have been spent on its modernisation.

At present, slaughtering is being done in an unauthorised manner at different stalls and shops in the city. Once the slaughterhouse is made functional, around 500 animals, including goats, will be slaughtered in one shift while 2,000 poultry birds per hour will be slaughtered, as per information.

The tendering process to invite bids for selection of a private firm for maintenance and operations of MC’s modernised slaughterhouse had earlier remained unsuccessful. However, the process had later remained successful but operations have not been started at the slaughterhouse till date.

Senior veterinary officer Harbans Dhalla said the Municipal Corporation was constructing five meat shops in various parts of the city and these would be opened soon.

He said the modernised slaughterhouse would be made functional soon.

He said a private firm would look after the operations of the slaughterhouse.

“The MC has got consent from the PPCB to start the plant. The civic body will get a rendering plant installed there as per recommendations,” he added.

According to MC officials, only meat of animals and birds which are slaughtered at the MC’s slaughterhouse would be allowed to sell in the city as per the norms.

Unauthorised slaughtering of animals and birds is a regular affair in the city for a long time. A number of residents have raised voice against illegal slaughtering at vends and shops in various parts of the city.

Despite repeated attempts, Mayor Balkar Singh Sandhu could not be contacted for comments.