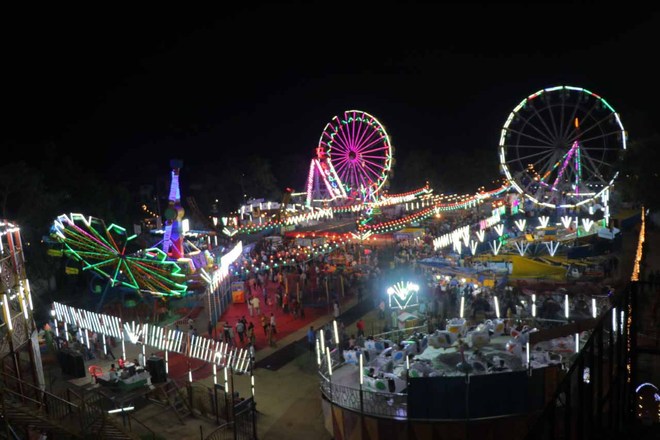 Keeping safety and security of residents in mind, the Ludhiana police are not granting permission to all Dasehra committees. Only those organisers who have procured no-objection certificate (NOC) from the Public Works Department (PWD), Pollution Department and Fire Department are being given permission.

Venues for Ravan Dehan and Ramleela

Venues for Ravan Dehan only

We appeal to the residents to take due precautions, follow rules and regulations and Covid norms and help the police in catching anti-social elements. — J Elanchezhian. Joint Commissioner of Police, Headquarters

The police are granting three kinds of permissions. First category includes Dasehra Mela (swings, Ravan Dehan, Ramleela), second is Ravan Dehan and Ramleela, excluding swings, and the third is only for Ravan Dehan.

As per the data obtained from the Ludhiana Police Department, 39 organisers have applied for various permissions.

Out of 39, 20 applied for complete Dasehra celebrations, including swings, Ravan Dehan and Ramleela, of which permission was granted to only 11 organisers, while four applications were rejected and five were kept under process due to lack of some documents.

Despite the police giving permission to a few, many small mohalla-level Dasehra committees hold Dashera celebrations and Ravan Dehan without taking permission from the police and other departments. The police often show leniency to them when these small committees follow all safety and security precautions.

Joint Commissioner of Police, Headquarters, J Elanchezhian told The Tribune that the police have given permission to Dasehra committees after seeing NOC of the PWD, Pollution and Fire Departments and approval from the ADCP concerned of the area.