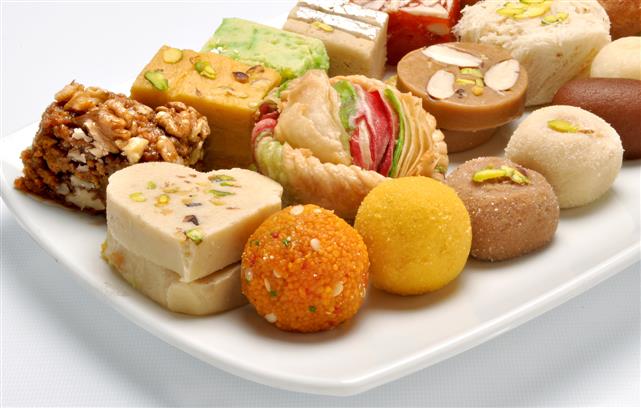 Khoya is the main ingredient of Indian sweets. iStock

With Karva Chauth and Diwali round the corner, people are excited to bask in the festivity. Indian festivals are incomplete without traditional Indian mithai but with rampant adulteration in food products detected in the past, especially during festival season, one need to be careful before gorging into their favourite delicacies.

Main ingredient which goes into the mithai is khoya and there is also concern regarding its purity as synthetic khoya is also being used by some unscrupulous elements in the market. To avoid adulteration, some people have started making mithai at home but if they are buying khoya from the market, they need to be very careful because using adulterated khoya in mithai preparation can make their effort futile.

During the festival season many makeshift and temporary shops start mushrooming up in the interiors of the city and are said to be the main culprits behind bringing adulterated khoya into the city.

There are multiple ways to check purity of khoya and the first and simple method is by taking a teaspoon of khoya and add it to a cup of hot water. Add two drops of iodine in the cup and if it turns blue, it means it is adulterated and has been prepared by using starch.

One can also test the purity before buying and all one need to do is to take small amount of khoya and rub it in your palm and if it has grainy texture and leaves a trail of grease and tastes little sweet then it is pure otherwise it is adulterated.

You can also check the presence of vansapati in khoya by mixing two tablespoons of hydrochloric acid and one table spoon of sugar in it. If the mixture turns red then it is adulterated.