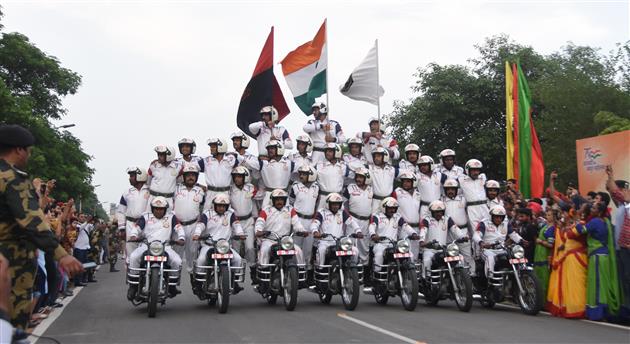 The show was witnessed by various dignitaries of state administration, the police, the BSF, students, staff members of the PAU and the local public of Ludhiana.

The chief guest was welcomed by Asif Jalal, IG, BSF Punjab Frontier. The chief guest made audience aware about the outstanding contribution of the district police, in keeping the city and the surrounding areas safe and secure and developing a Police-Public friendly atmosphere, besides elaborating about BSF Janbaz Motorcycle Team and its performance.

CP Sharma lauded the riders for their self-determination, mental alertness, unmatched courage, physical stamina and precision in handling of motorcycles and wished success to the team for their future endeavors.