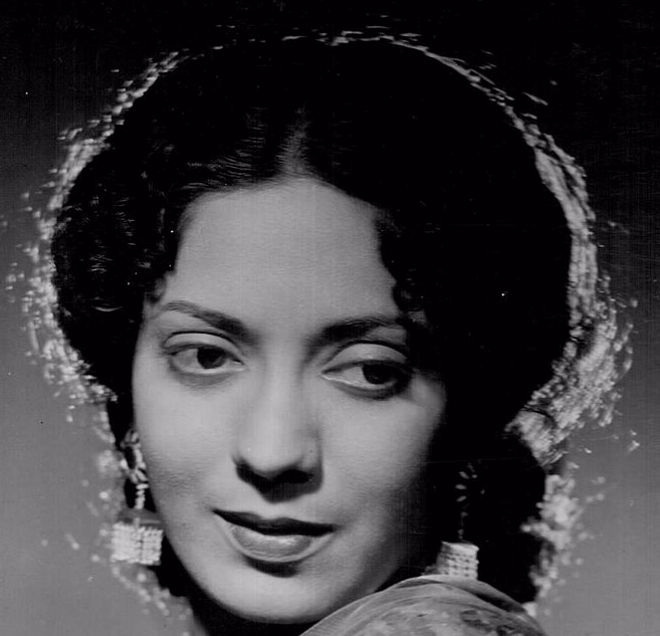 At the end of World War II, daddy — then a young Captain in the Army — returned to Rawalpindi, accompanied by Stuart, John and Michael. These British pals of his had girlfriends with whom they ballroomed and waltzed in the Army club to the lilting tunes of the piano. But daddy sat alone, watching them, as he didn’t have a girlfriend, though the pals did drink beer together while ladies sipped the then popular Wimto.

My father confessed that he was the odd man out when his friends would ask him, ‘Suri, where’s your girlfriend?’ In the early 1940s, it was unheard of for Indians to have girl/boyfriends. Friendship, rather acquaintance with the opposite sex, was seldom. Perhaps the only Indian romance one read was about cine star Devika Rani and Nicholas Roerich. The commoners’ rare romances were strictly kept under wraps.

‘Come on, man, get a girlfriend,’ they would jokingly egg him on. And finally one day, daddy just did that! He always kept his girlfriend’s photograph, a black-and-white one, in his wallet. ‘She’s always with me,’ he would say. Whenever his pals asked about her, he would promptly and proudly show the picture of a pretty, delicate girl.

Doe-eyed, her two long pig tails, tied in ribbons dangled over a puffed sleeved blouse, worn on a sari. She was bewitching with her come-hither looks. ‘Hmm… very charming girl. You lucky chap!’ Stuart and John would comment, prodding their fingers in his chest and back-slapping him. This went on for a long time. ‘Hey! When do we meet her?’ his British buddies would question him keenly. ‘She’s very shy,’ he would laughingly parry them. Understandably, they wouldn’t pry more.

Father got married, but not to his girlfriend. After the British left India, he would sometimes order, ‘Take out my girlfriend’s picture,’ and mom would promptly obey him. He would look at it and laugh aloud, recalling the good, old bachelorhood years. Then invariably he would burst into a popular Scottish folk song of those times: ‘My Bonnie lies over the ocean.’ Strangely, mom didn’t seem to mind it at all.

Well, isn’t ignorance bliss? Stuart, John and others could never guess even in their wildest dreams that daddy had one day walked into his cousin’s reputed photo studio in Rawalpindi and got a photograph of actress Leela Chitnis, the first Indian film heroine to appear in the Lux soap ad, a privilege that only top Hollywood names had till then. She was daddy’s girlfriend!