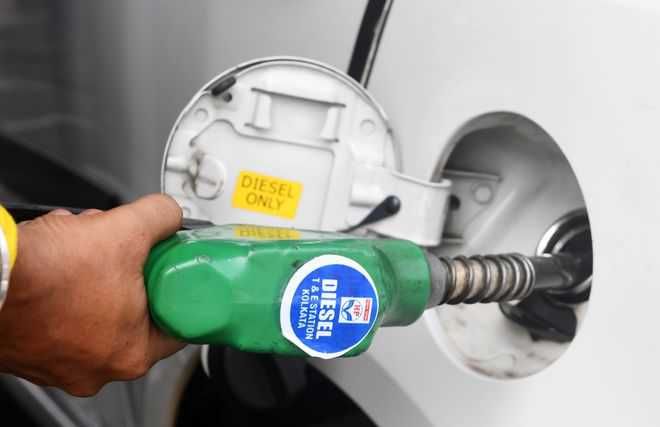 Rs 8 per litre cut in excise duty on petrol and Rs 6 a litre on diesel. File Photo

Also, this year, the Centre will give a subsidy of Rs 200 per gas cylinder (up to 12 cylinders) to over 9 crore beneficiaries of Pradhan Mantri Ujjwala Yojana. “This will help our mothers and sisters. This will have a revenue implication of around Rs 6,100 crore a year while the cut in excise on diesel and petrol will have revenue implication of around Rs 1 lakh crore per year for the government,” the Finance Minister stated.

Sitharaman also announced impending cuts in customs duty on several raw materials and intermediaries where the import dependence is high. “This will result in reduction of cost of final products,” she said. These include chemicals, plastics, intermediaries for iron and raw materials of steel will be reduced.

Measures are being taken up to improve the availability of cement and through better logistics to reduce the cost of cement.

“I wish to exhort all state governments, especially the states where reduction (tax on petrol and diesel) wasn’t done during the last round (November 2021), to also implement a similar cut and give relief to the common man,” observed the Finance Minister.

Export duty on some steel products will be levied to make up for some of the revenue loss.

Justifying the measures, she said the Prime Minister’s Office has “specifically asked all arms of the government to work with sensitivity and give relief” to the common man.