May be truncated as parties urge officers to consider poll schedule 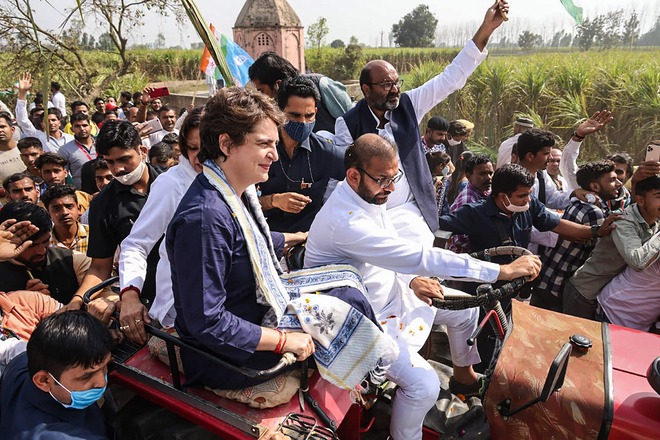 The remaining half of the Budget session of Parliament will commence here on Monday with the finance bill listed as the top priority along with the passage of the demand for grants for various ministries.

Although the primary business through the session would be financial, the Opposition led by Congress is gearing up to attack the BJP-led Centre for the failure to resolve the ongoing farmers’ agitation, rising prices of petrol, diesel and cooking gas and the LAC issue.

Congress chief Sonia Gandhi on Sunday chaired a strategy meeting with parliament leaders, including Leader of Opposition in the Rajya Sabha Mallikarjun Kharge, and asked party MPs to continue to back the cause of farmers.

The meeting was held on a day when AICC general secretary Priyanka Vadra attended another farmers’ mahapanchayat at Meerut.

Sonia had earlier written to PM Narendra Modi asking the government to pass on the benefits of lowering global crude oil prices to consumers.

She reiterated in the meeting that the government was profiteering from common people by refusing to lower taxes on petrol and diesel.

The Congress is also expected to continue its attack on the farmers’ issue as the farmers’ protests have completed 100 days and the unions have pledged intensification of the agitation across India over the coming days.

The government has said they are willing to suspend the laws for 18 months and discuss the irritants with the stakeholders. “The offer stands,” Agriculture Minister Narendra Tomar said.

Among important bills listed for consideration in the current session are the Pension Fund Regulatory and Development Authority Amendment Bill, 2021, and the Cryptocurrency Regulation of Official Digital Currency Bill.

Finance Minister Nirmala Sitharaman said this week that the government was in dialogue with the RBI on the issue of digital currency after the apex court left the matter to the executive.

Meanwhile with the elections already declared in West Bengal, Assam, Kerala, Tamil Nadu and Puducherry, several political parties have urged the presiding officers of both Houses to consider cutting the session short as they would be required to canvass in the respective areas.

It is learnt that nearly all MPs and parliament staffers returning negative RTPCR reports, Lok Sabha Speaker Om Birla and Rajya Sabha Chairman M Venkaish Naidu could discuss the possibility of resuming the normal functioning of the Lok Sabha and Rajya Sabha, which are sitting separately in two time slots during the day.