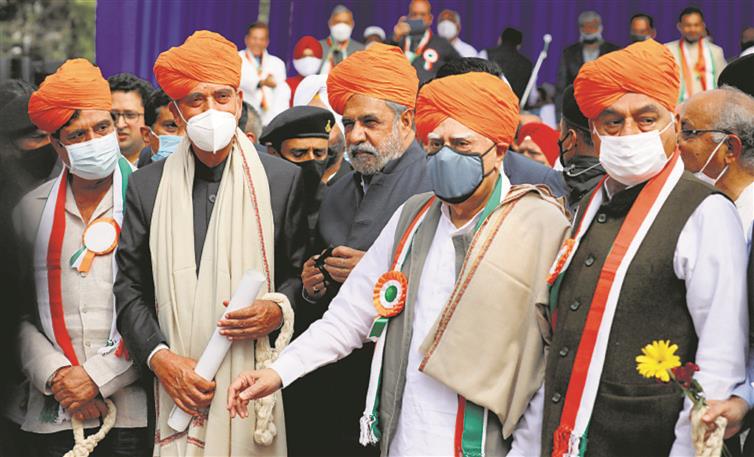 Eighteen Congress leaders on Wednesday met at the invitation of G-23 to discuss the party’s defeat in the recent Assembly elections and said the only way forward was the adoption of a model of collective and inclusive leadership across all levels of decision making. Silent on the issue of Gandhis leading the party, the leaders said it was necessary to strengthen the Congress to take on the BJP. In a statement, the leaders said, “We demand that the Congress should initiate a dialogue with like-minded forces to create a platform to pave the way for a credible alternative in the 2024 LS elections.”

The leaders sidestepped the issue of Sonia’s leadership, distancing from the stand Sibal took recently by demanding that Sonia should step back and let someone else lead the party. Azad is likely to meet Sonia with suggestions. —