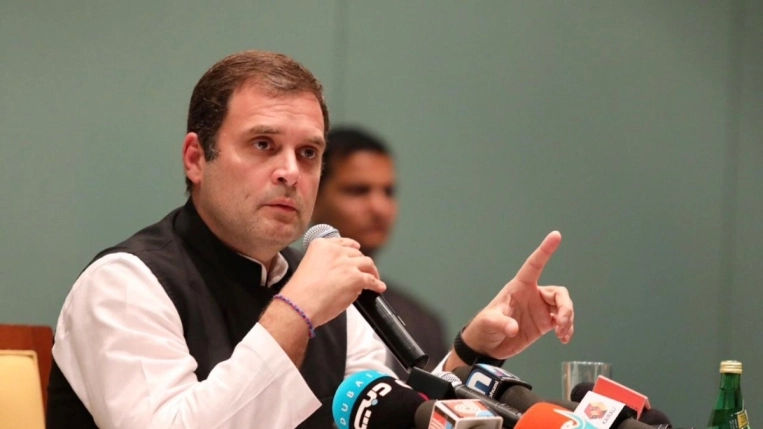 In a stinging attack on the Narendra Modi government, Congress leader Rahul Gandhi today accused it of destroying mandis and promoting hoarding to “benefit a couple of corporate friends”. He spun around an old family planning slogan “hum do hamare do” to make his point.

“The nation is being run by four persons,” said Rahul. 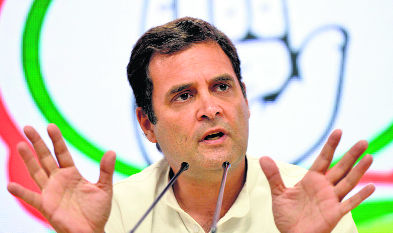 Rural economy will be destroyed and the country will not be able to generate employment. This is not the first time PM Modi has tried to benefit hum do, humare do. He first did it with demonetisation and then GST.

He did not name anyone, saying everyone knew who he was talking about. His comments resulted in a virtual bedlam in the House, with allegations flying against his (Gandhi) family and Union Minister Anurag Thakur, accusing him of “telling lies” and coming unprepared to speak on Union Budget.

“The PM has given us three options — hunger, unemployment and suicide,” said Rahul, amid repeated disruptions and requests by Speaker Om Birla to restrict his speech to the Budget. Rahul did not take their names but Union Minister Pralhad Joshi, who raised the point of order and asked him to prove his claims, ended taking the names of two corporates.

“Let me tell what will happen when these laws are enacted. Small farmers and traders will be wiped out and only ‘hum do hamare do’ will run the country,” said the Congress leader.

“Do not think it is farmers’ agitation alone. It is the agitation of the entire country. Farmers are showing way to the country, which is rising against ‘hum do, hamare do’....Let me give you in writing. Farmers will not move back an inch. You will have to take back the three laws,” warned the Congress leader.