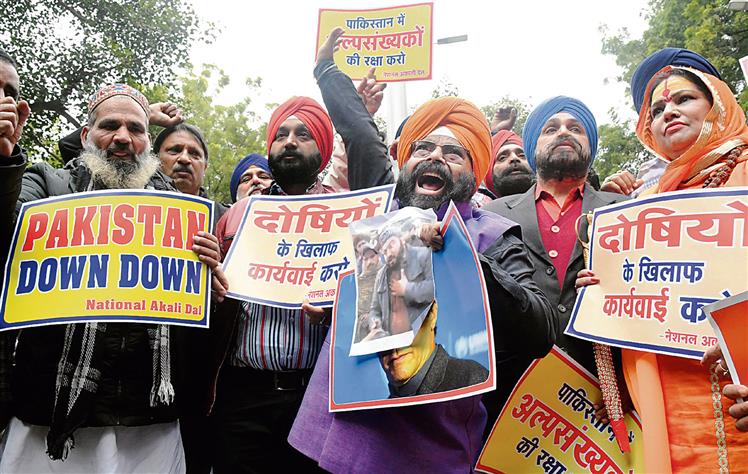 India on Tuesday said the Organisation of Islamic Countries (OIC) was misled by Pakistan during its submissions at the UN Human Rights Council (UNHRC).

Exercising its right of reply to the statements made by Pakistan and the OIC, Indian diplomat Pawankumar Badhe rejected the reference to the UT of J&K in the OIC statement. The 57-member organisation, he said, has no locus standi to comment on matters related to J&K, which is an integral and inalienable part of India.

He found it regrettable that the “OIC continues to allow itself to be exploited by Pakistan to indulge in anti-India propaganda”.

In September 2020, they recalled that UN human rights experts had condemned the enforced disappearance of Idris Khattak, a former consultant with Amnesty International and Human Rights watch.

Khattak had himself worked on reports on enforced disappearances before disappearing in November 2019, “in a cruel twist of fate”. The UN human rights experts have called upon the Pakistani authorities to end Khattak’s secret detention at the earliest.

India said the pandemic had changed the way the 46th Session of UNHRC is being conducted and accused Pakistan of deliberate misuse of the forum “for its malicious propaganda against India”, aimed at diverting the Council’s attention from its own serious violations of human rights, which has remained a constant. Recently, Ahmed Omar Saeed Sheikh, the key suspect in murder of journalist Daniel Pearl, was allowed to go scot free.

India also said Pakistan had provided pensions to dreaded and listed terrorists out of State funds and has the dubious distinction of hosting the largest number of UN-proscribed terrorists.

India urged the UNHRC to ask Pakistan why the size of its minority communities has drastically shrunk since Independence and why some communities have been subjected to draconian blasphemy laws, systemic persecution, blatant abuses and forced conversions.

It said the holy and ancient sites of religious minorities in Pakistan are being attacked and vandalised daily.