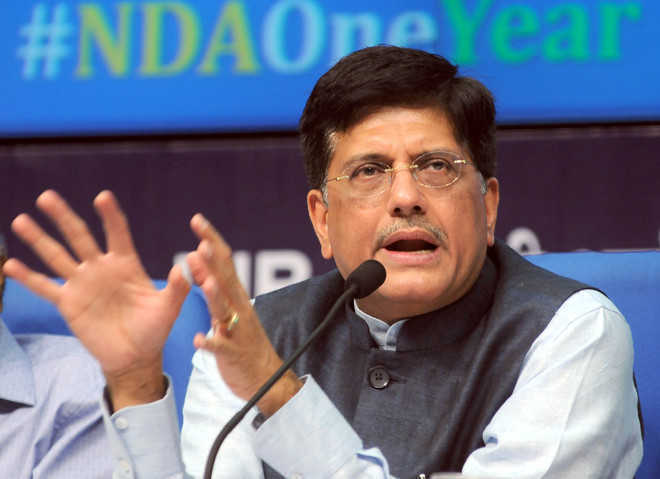 Union Minister Piyush Goyal on Saturday hit out at Maharashtra Chief Minister Uddhav Thackeray, accusing him of "gimmicks" and playing "petty politics" over availability of medical oxygen in the state.

The reaction came after media reports suggested  that Maharashtra Chief Minister Uddhav Thackeray called PMO for urgent supply of oxygen and Remdesivir but was told he is in Bengal and he will contact him when he gets back.

Maharashtra,  Goyal said, had so far received the highest quantity of oxygen in the country, his remarks coming a day after Prime Minister Narendra Modi reviewed the status of oxygen availability across 12 high-burden states and asked officials to ensure synergy across ministries and state governments to ensure its adequate supply.

"The government, with all stakeholders, is ensuring maximum oxygen production in India. We have diverted all available oxygen from industrial use to medical use," said Goyal.

"Maharashtra is suffering from an inept and corrupt government and the Centre is doing its best for the people. The people of Maharashtra are following ‘Majha Kutumb, Majhi Javabadari’ dutifully. It is time the CM also follows his duties in the spirit of ‘Majha Rajya, Majhi Javabadari’," he said.

The Minister said the Centre was in daily touch with state governments to assess their needs and help them in best possible manner "With this background, shocked and saddened to see petty politics being played by @OfficeOfUT. He needs to stop his daily dose of shameless politics and take responsibility," he said in a series of tweets.

Highlighting challenges in battling the second wave of Covid-19 infections in Maharashtra, Chief Minister Uddhav Thackeray has requested PM Modi to “press in” the National Disaster Management Authority (NDMA) and make use of all options, including airlifting of medical oxygen, for rapid movement.