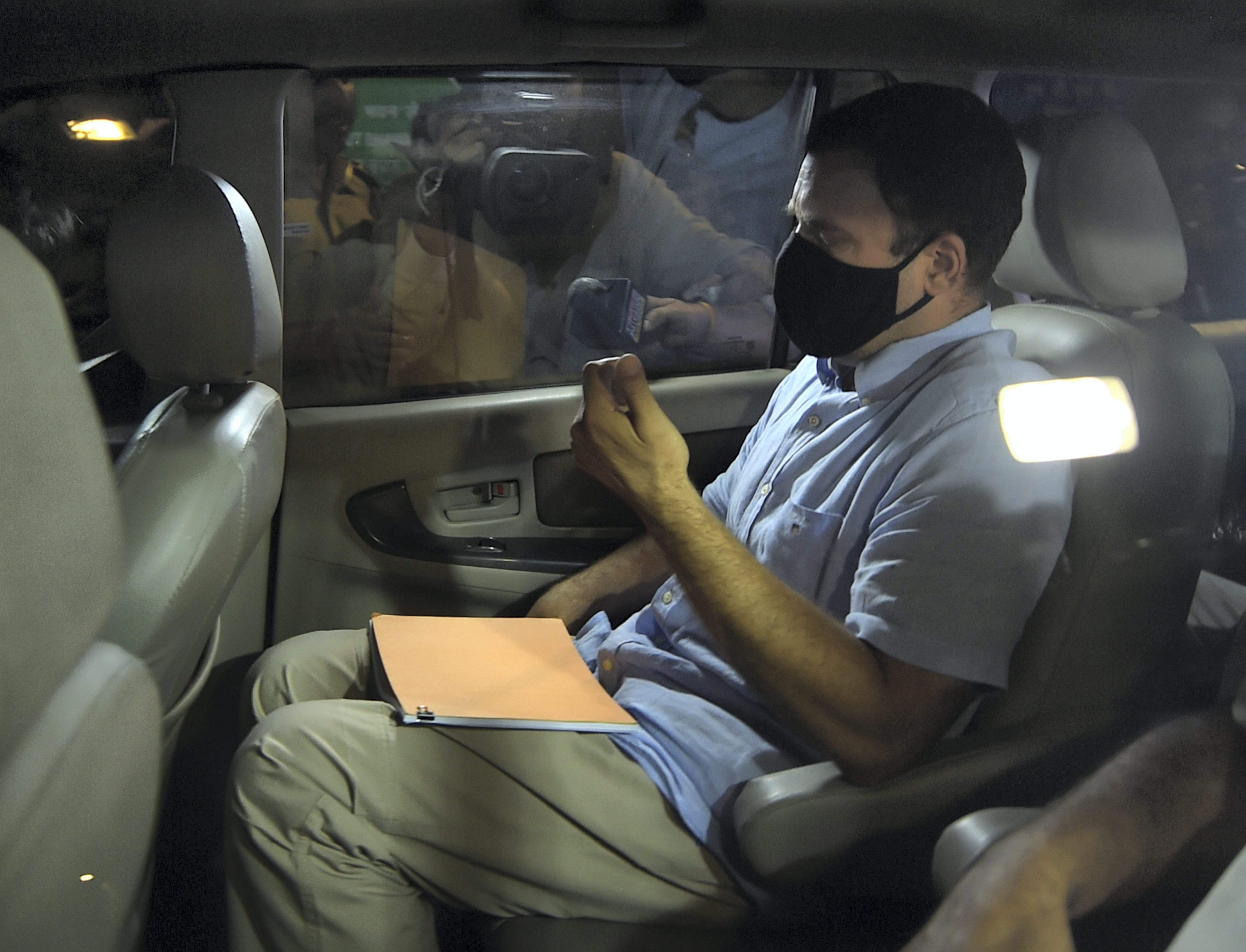 The Enforcement Directorate on Monday questioned Rahul Gandhi for over 10 hours till 11.30 pm and summoned him again today in a case linked to a 2012 court complaint where BJP’s Subramanian Swamy had alleged the Gandhis formed a shell company to acquire National Herald’s assets worth Rs 2,000 crore illegally.

As the ED recorded Rahul’s statement under criminal provisions of the Prevention of Money Laundering Act (PMLA), top Congress leaders courted arrest after failed attempts to march to the probe agency office in solidarity with the former party president.

Ex-minister P Chidambaram and party MP Pramod Tiwari sustained hairline fractures in their ribs, the Congress alleged, slamming the BJP for blocking their “peaceful satyagraha against misuse of the ED, CBI and CBDT”.

The BJP lashed back, saying the protests “were not a drive to save democracy but a drive to save the Gandhi family’s properties worth Rs 2,000 crore.” “At the clarion call of the Gandhi family, leaders and workers of the Congress have descended on the streets of the Capital to pressurise the investigating agencies. Never before has such a blatant attempt been made by one political family to hold investigating agencies to ransom,” Union Minister Smriti Irani said, asserting that “no one, not even Rahul Gandhi, was above the law.”

The ED recorded written statements of Rahul under Section 50 of the PMLA as the same is admissible in courts as evidence. The probe agency posed several queries related to Rahul’s association with shell company Young Indian, National Herald, and the loan of Rs 90 crore the Congress gave to Herald publisher Associated Journals Ltd.

Rahul was allowed a lunch break after three hours of grilling in the morning. He used it to meet his mother and Congress chief Sonia Gandhi, who is admitted to Ganga Ram Hospital.