Teesta and former IPS officers RB Sreekumar, Sanjiv Bhatt have been accused of abusing process of law by fabricating evidence to frame innocent people in connection with riots 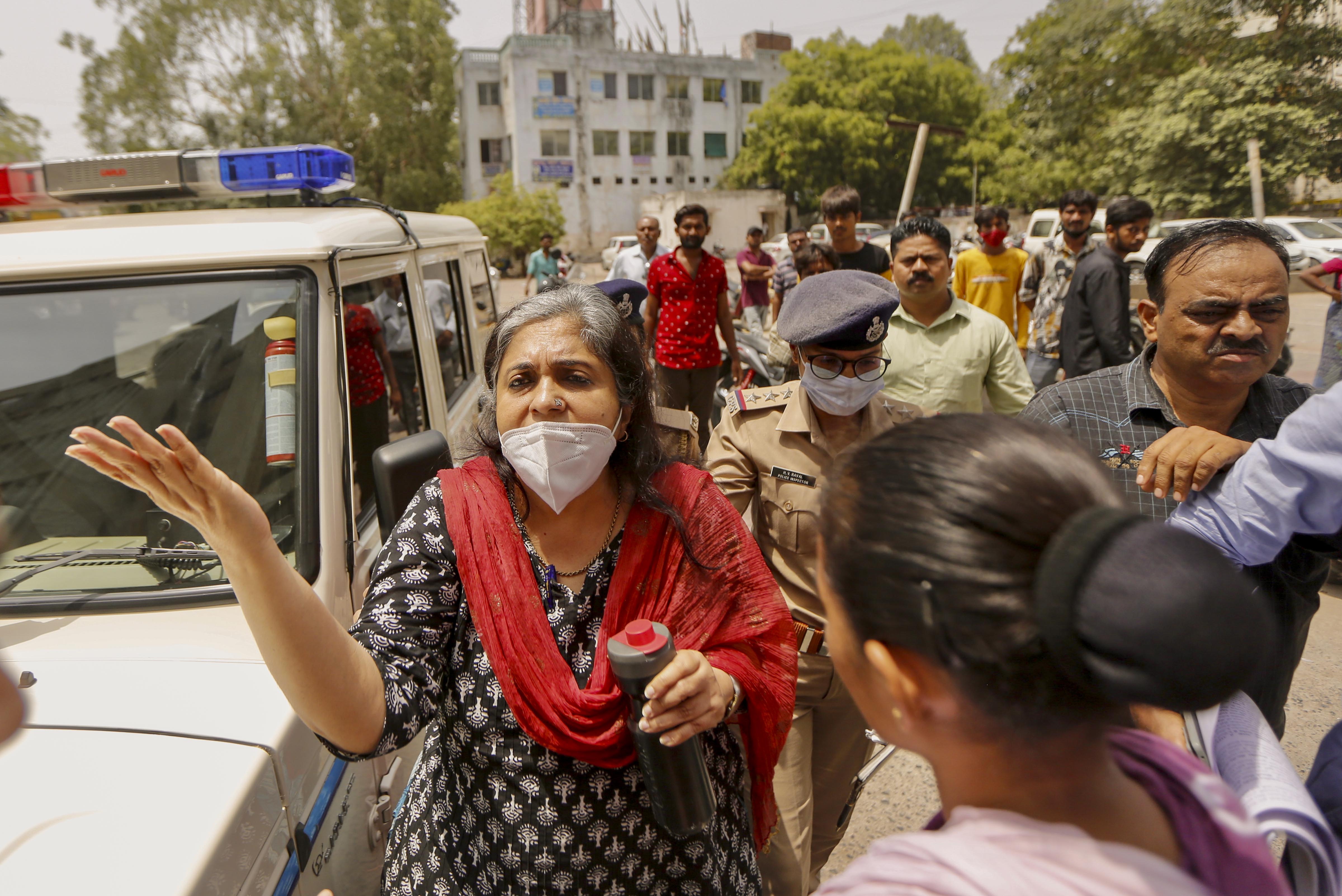 A Special Investigation Team (SIT), to be headed by Gujarat ATS DIG, will probe the case against activist Teesta Setalvad and former IPS officers RB Sreekumar and Sanjiv Bhatt who have been accused of abusing the process of law by fabricating evidence to frame innocent people in connection with the 2002 Gujarat communal riots, a senior official said on Sunday.

Activist, Sreekumar in custody till July 2

Ahmedabad: A court in Ahmedabad on Sunday remanded social activist Teesta Setalvad and former state Director General of Police RB Sreekumar in police custody till July 2 in a case of fabricating evidence to frame innocent persons in connection with the 2002 Gujarat riots. PTI

Earlier in the day, the Ahmedabad crime branch had arrested Setalvad, a day after she was detained in Mumbai and shifted to Gujarat.

Former Gujarat DGP Sreekumar was arrested on Saturday, while the process is on to get a transfer warrant for custody of Bhatt, who is serving a life sentence in a custodial death case at a jail at Palanpur, in connection with the FIR lodged against them.

The SIT will be headed by Deputy Inspector General (DIG) of Gujarat Anti-Terrorist Squad Deepan Bhadran and will have Deputy Commissioner of Police of Ahmedabad, Crime Branch, and SP of Gujarat ATS as its two members, the official said.