42-year-old stabbed to death in Patiala 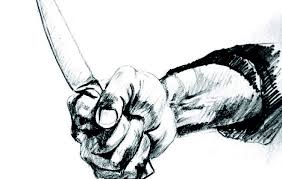 In a shocking incident, a person was stabbed to death with a knife near Anardana Chowk in the evening on Saturday.

In a shocking incident, a person was stabbed to death with a knife near Anardana Chowk in the evening today. The deceased has been identified as 42-year-old Majeed Mohammed, alias Pinta, a resident of Anardana Chowk. It has been learnt that the deceased and the suspect had ian ssue over a wall adjoining their houses.

The police said Majeed was reportedly murdered by his neighbour and unidentified persons when he was sitting in a park at around 6.30 pm today. Majeed was rushed to the Government Rajindra Hospital where he was declared brought dead.

Deputy Superintendent of Police (DSP) Yogesh Sharma said investigation was started after registering a case against suspects. As per the preliminary investigation the deceased and his neighbour had entered into quarrel earlier in the day, the DSP added. Following that, the suspect, along with other people, attacked Majeed with sharp weapons, the DSP said.

A case of murder under Section 302 of the Indian Penal Code was registered against Monu, Raja and two other people, the DSP added. It has been learnt that the police have rounded up one of the suspects.