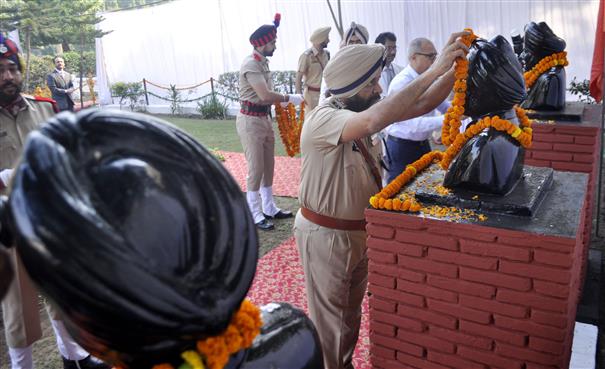 Senior police and administrative officers paid homage to the martyrs of the police and paramilitary forces at the Patiala Police Lines on the occasion of Police Commemoration Day Parade today.

The parade is held every year in memory of the sacrifices made by the police personnel.

“The sacrifices of these great martyrs will always be remembered. We have faced terrorism for nearly a decade and have lost a total of 1,784 police personnel and their family members, including 157 martyrs from Patiala range, in the war against terrorism,” the IG said.

He added that the day was commemorated in memory of the 10 great martyrs of the CRPF, who were killed by the Chinese Army at Hot Spring, Ladakh, on October 21, 1959, during patrolling along the border.

Patiala SSP Harcharan Singh Bhullar was also present on the occasion. He said it was due to the sacrifices of these great martyrs that peace was restored.