60 petrol stations of Punjab along Himachal Pradesh border on verge of closure : The Tribune India 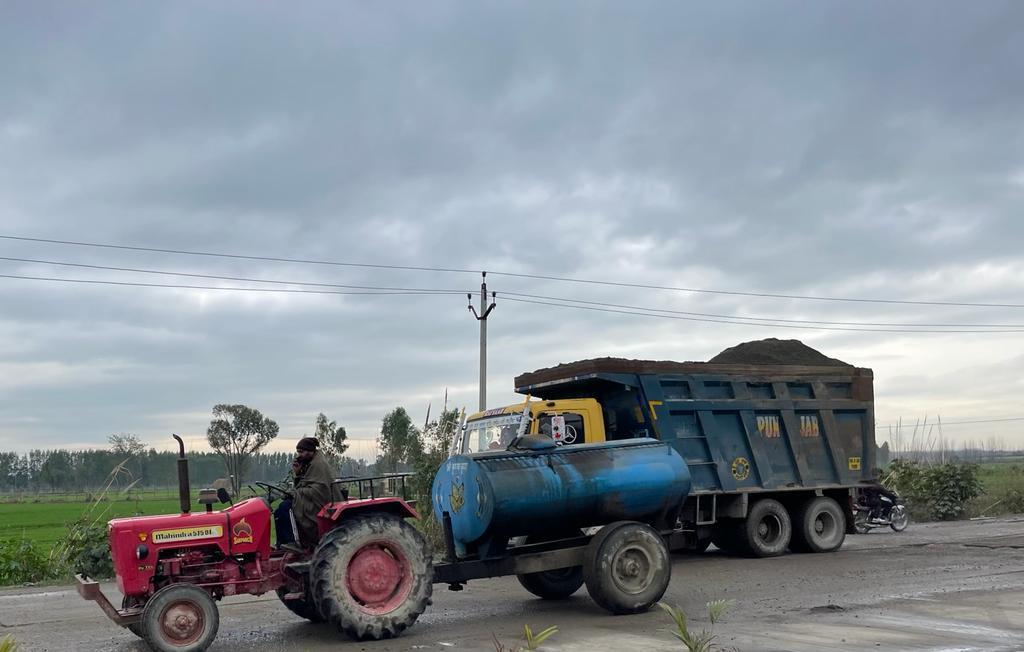 A diesel tanker on its way from Himachal Pradesh to Pathankot. Tribune photo

Around 60 petrol pumps located near the border with Himachal Pradesh are on the verge of closure following a sharp dip in sales triggered by a big price difference in the neighbouring state.

A difference of Rs 5.11 a litre of diesel has been enough to trigger a daily rush of tankers, both small and big, from pumps located in HP towards Punjab. This development has been going on for the past four months.

Harried pump owners claim officials of the food and civil supply and taxation departments are “not at all interested in checking the hoarding for reasons best known to them”.

Harsh Mahajan, President of the Pathankot Petrol Pump Dealers Association, said there were a total of 150 outlets in the district, of which 60 located near the HP border were the worst-affected. “These pumps are facing a huge financial loss. A majority of them may shut in the next few days. We have petitioned the authorities several times but to no avail. I myself had led a delegation of pump owners to the DC Sanyam Aggarwal,” he said.

This development has come as a blessing in disguise for 150-odd stone crushing units located in the area who are the biggest beneficiaries of the cheaper fuel.

Sources say VAT earnings from the sale of diesel in Pathankot are showing a downward spiral. Commuters are happy to get their vehicles refueled from hoarders who are selling diesel much below the rates offered by pumps located in Punjab. “Officials are not at all bothered despite the fact that VAT earnings are declining. Fuel meant for consumption in HP is being sold in Punjab which is illegal,” said Gurmeet Singh Dala, owner of an outlet at Sunderchak.

Assistant Excise and Taxation Commissioner, Pathankot, Anita Guleria, said whatever was happening was beyond her jurisdiction. She asked this correspondent to contact the Amritsar-based mobile wing officials. Mahesh Gupta, AETC (mobile wing) said he would look into the matter.

Our petrol pumps are facing a huge financial loss. A majority of them may shut soon. We have petitioned authorities, but to no avail. Harsh Mahajan, chief, petrol pump dealers’ assn

We will take strict action against all those indulging in such activity. We have sought a detailed report from officials. Nilkanth Singh Avhad, Commissioner (Taxation)