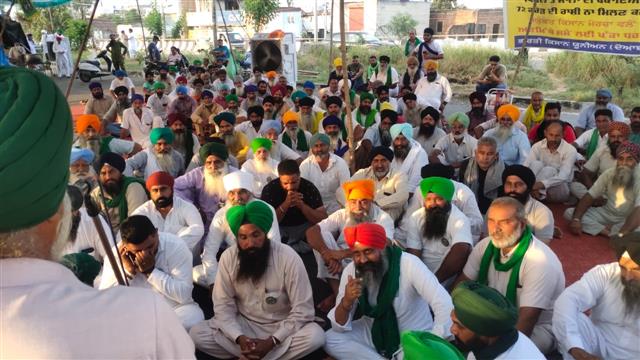 After an assurance from Cabinet Minister Kuldip Dhaliwal on depositing of pending dues of cane growers in their bank accounts from Monday, farmers on Sunday agreed to lift indefinite dharna.

Jasvir Singh said some part (Rs 23.76 crore) of pending amount towards Golden Sandhar Sugar mill, Phagwara, will be credited in the accounts of farmers and for releasing remaining amount a decision will be taken by Punjab government within one week.

He said Agricultural and Farmer Welfare Minister Kuldip Dhaliwal has announced to release pending amount of Rs 3.95 crore of subsidy of sugarcane within 3-4 days.

The MLA assured farmers Dhaliwal will hold meeting with the Chief Minister within one week and will also meet leaders of BKU (Doaba) to prepare schedule for release of pending amount.