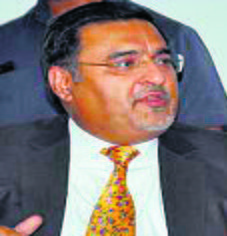 The Punjab Advocate-General’s office today plunged into crisis with the resignation of 20 law officers along with Advocate-General Atul Nanda soon after Capt Amarinder Singh’s decision to step down as the Chief Minister.

Citing constitutional convention as one of the reasons for his decision, Nanda said appointment was co-terminus with that of Capt Amarinder Singh. The announcement on the appointment of the top law officer is expected to be made soon

Available information suggests the law officers, putting in their papers, were from Nanda’s Delhi team as well. They were representing the state before the Supreme Court and in other matters. The number of law officers stepping down from the posts is expected to go up in the next couple of days.

Citing constitutional convention as one of the reasons behind his decision, Nanda added his appointment as the Advocate-General was co-terminus with Chief Minister Amarinder Singh’s. As such, he too had tendered his resignation. Nanda was among the first ones to be appointed by Captain Amarinder soon after assuming power in 2017. A senior advocate in the Supreme Court, Nanda had defended him in criminal cases registered during Parkash Singh Badal’s tenure as CM.

In a message to his team, Nanda said he wanted to express how proud he was of each law officer. His “team-AG family” was probably one of the best the AG office had in recent times. The younger ones were like his children and he had seen them grow, both as counsel and human beings, he said.