Had ‘provided’ weapons to three assailants 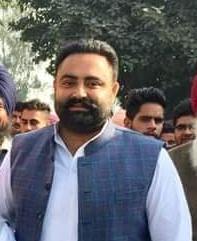 Four days after the killing of Youth Congress district president and zila parishad member Gurlal Singh Pehalwan, the Faridkot police on Monday arrested Gurpinder Singh, a resident of Ghania Wala village of the district, in the murder case. It is alleged that Gurpinder had provided fire weapons to the three men who killed Pehalwan on February 18 here.

Swarndeep Singh, SSP, Faridkot, refused to divulge the details as the investigation is under way. Sources in the police said Gurpinder Singh had provided weapons to assailants Gurinder Pal, alias Gora Bhau, Sukhwinder Singh Sunny and Saurav Verma on the directions of a person in Canada.

For further investigation in the case, a team of the Faridkot police has already left for Delhi to bring the three assailants on transit remand, the SSP said.

On Sunday, the Delhi Police had arrested these miscreants in the murder case of Pehalwan. Sources in the police said the arrested persons were associated with the Lawrence Bishnoi gang.

Preliminary investigation by the police, on the basis of the claims made by the Bishnoi group on social media, found that Pehalwan was killed to avenge the murder of Gurlal Singh Brar in November 2020.

A close relative of deceased Gurlal Singh Brar in Canada allegedly hatched the conspiracy to kill Pehalwan in Faridkot. One of the assailants, arrested by the Delhi Police, is a relative of Brar.

Meanwhile, the Faridkot police on Monday brought a member of the Bishnoi gang from Gurugram. Sources in police said he was involved in a three-month-old attempt-to-murder case in Faridkot.

Sources in the police said Gurpinder Singh had provided weapons to assailants Gurinder Pal, alias Gora Bhau, Sukhwinder Singh Sunny and Saurav Verma on the directions of a person in Canada.