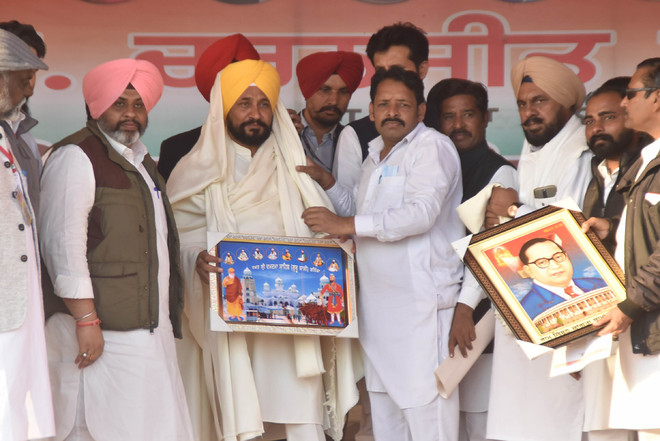 Addressing a rally at Rama Mandi, he accused Badals of neglecting the religious town. He said concerted efforts would be made to develop the town. He also announced the construction of a flyover in Rama Mandi to solve traffic problems.

He questioned his Delhi counterpart Arvind Kejriwal as why he promised Rs 2,500 assistance for women in Goa and not the same for Punjab. He said AAP were outsiders who have done nothing but only false promises. He said pink bollworm-hit farmers would get Rs 17,000 compensation by next week. — TNS

Allow all channels to telecast Gurbani

The CM on Wednesday appealed to Akal Takht Jathedar Giani Harpreet Singh to direct the SGPC to grant rights to all TV and radio channels for the direct telecast of live Gurbani kirtan from the Golden Temple.