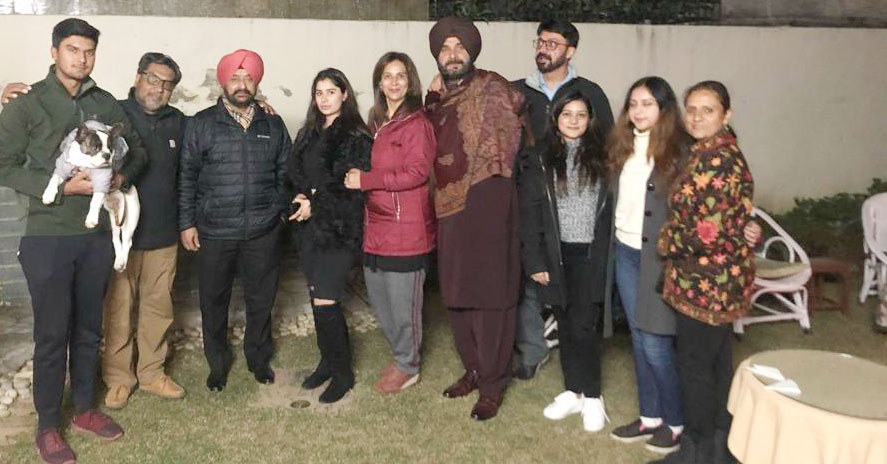 Navjot Singh Sidhu’s close friend Rupinder Singh Bunny Sandhu, who was acquitted by the Supreme Court in 2018 in the road rage case, met the Congress leader at the latter’s residence in Yadavindra Enclave on Friday.

Sherry and I have been friends for 51 years. I never imagined seeing my friend in jail, it is painful. Rupinder Bunny Sandhu, Sidhu’s friend

Sandhu met Sidhu’s family and was seen at the Central Jail here with clothes and items of daily use to be delivered to Sidhu inside the jail.

Sandhu and Sidhu go back a long way, when they first met in class I in 1970. “Sherry (Sidhu) and I have been friends for 51 years and have been there for one another,” says Sandhu, currently battling serious health ailments.

“I have been politically inactive ever since I developed health issues. However, as a friend I have been there for Sidhu and I feel sad for him as he has to go through all of this at this age,” Sandhu said.

He felt worried for his friend having to face imprisonment in a three-decade-old case. “Sidhu has already suffered a lot and has worked hard. His intentions for Punjab are pious. Who knows him better than me,” said Sandhu, who played cricked alongside Sidhu for the school team before they passed out of Yadavindra Public School in 1982. “From our marriages to our kids, we have seen our beards get grey. I never imagined seeing my friend in jail, it is painful,” said Sandhu. He was earlier charged by the prosecution of being present with Sidhu at the time of the 1988 incident.

“I still recall the eventful day when Sidhu — then employed with the State Bank of Patiala at Sheranwala Gate as a probationary officer — used to go to the bank every day to mark attendance. What happened later has changed our lives forever,” said Sandhu.