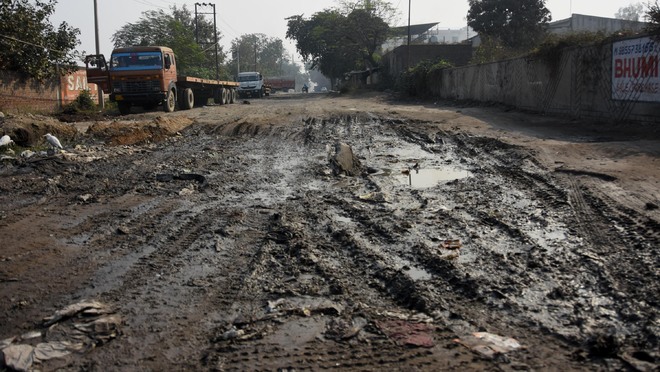 Flowing through the Ludhiana East constituency, the Buddha Nullah is a major cause for concern for locals here. With many industrial units also located in the area, fly ash is another problem.

The constituency has sent MLAs from different parties to the Vidhan Sabha in the past. In 2012, the seat was won by SAD’s Ranjit Singh Dhillon, while it was occupied by BJP’s Satpal Gosain in 2007. Gosain also won from here in 1992 and 1997.

“The Buddha Nullah overflows during the rainy season and inconveniences people here. The stink caused by the drain is unbearable. Various governments have not been able to find a solution to the problem,” said Desraj, a resident.

Many areas in the constituency remain covered by a thick layer of fly ash, caused by the burning of rice husk, used as fuel by industries. It causes respiratory and eye problems to locals here.

Traffic congestion adds to the woes of the commuters. “A flyover should be constructed from Samrala Chowk towards the Chandigarh road to ease the traffic,” said Lalit, who runs a factory near Samrala Chowk.

The Focal Point is in a bad shape with industrialists complaining of losing business due to the dilapidated roads.

“Customers from other states and countries avoid coming here. Things become worse during the rainy season. We have to arrange meetings and showcase our products at other places, as customers are not ready to come here,” said Jeevan Singh, an industrialist.

Some areas like Moti Nagar, Tajpur Road and Aman Nagar do not have basic facilities such as safe drinking water, sewerage system and roads.