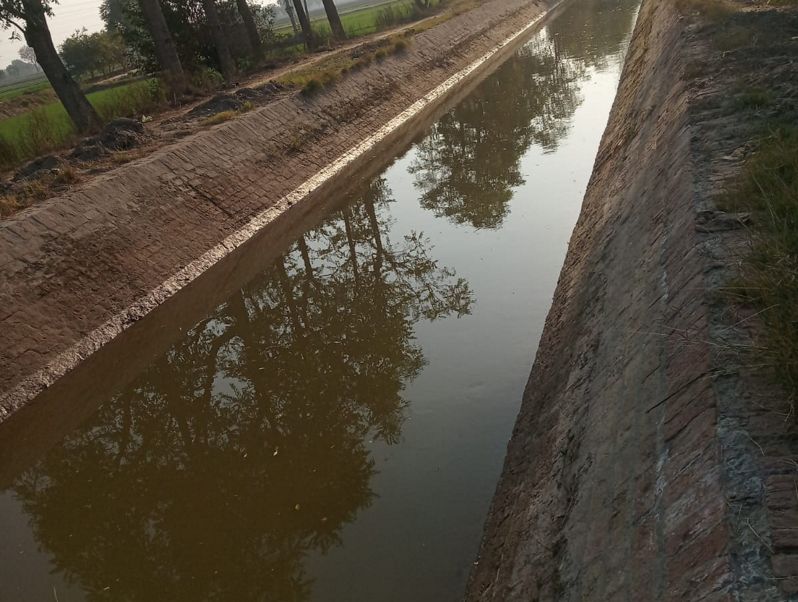 Due to cleaning work, the water supply from Sirhind canal stayed suspended for 25 days.

The water supply from the Sirhind canal, which reportedly remained suspended for 25 days for carrying out the cleaning work, has now resumed. However, the level of water in several channels of the canal was quite low.

Farmers in the region are quite perturbed as they are not getting adequate water supply to irrigate freshly sown wheat this season. Notably, there are number of canal minors and tributary channels of the Sirhind canal that supply water for irrigating fields every year.

Jagshir Singh, a farmer from Jhumba village said, “Wheat has been sown by many farmers but now is the time to irrigate it for the first time. First watering of wheat plant on right time is important for its proper growth. Cleaning work of canal should have been planned before or after the wheat sowing season.”

Satnam Singh, another farmer from Bathinda said, “Since water supply in the canal is quite less as of now, we have no option but to mix it with tubewell water to irrigate fields as further delay would affect the plant’s growth.”

Balkaran Brar, state president, Kul Hind Kisan Sabha, said, “Built during the British rule, the canal system in the region is not repaired or maintained properly. Despite dams in the region have adequate water, supply to canals is kept low due to fear of breaches. The state government must ensure that water level is increased amid peak wheat sowing season as per the requirement of farmers so that they can irrigate fields uninterruptedly.”

Gursagar Singh Chahal, XEN, Irrigation Department, Bathinda, said, “Water has been released in the canal as per requirement of farmers. We have observed that this time, they are not using much water. There is still less water supply in some canals and tributary channels. It will be increased. Farmers won’t face any difficulty in irrigating their fields during the wheat season.”