Majha: Young face to take up demands of Dalits in Punjab

Sukhwinder Singh Danny is said to be accessible, literate and articulate person 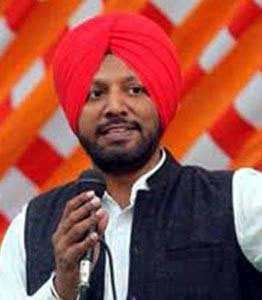 Elevation of Sukhwinder Singh Danny Bandala (43), popularly known as Danny, as a working president of the PCC has placed him among the top-decision makers in the state party unit. Said to be an accessible, literate and articulate person, Danny has scored over senior leaders of his party from the region to get the coveted post.

Son of former Cabinet Minister Sardul Singh Bandala, Danny had exposure to foreign education also. Aam Aadmi Party leader Ravinder Hans said Danny’s elevation as Scheduled Caste leader would not make much difference. A leader of the Kabir Panthi community, Surinder Shinda, who is also associated with the Congress, said the onus was on Danny to show his worth and convince the community to stand with the party.