Reinfections a worry in Punjab 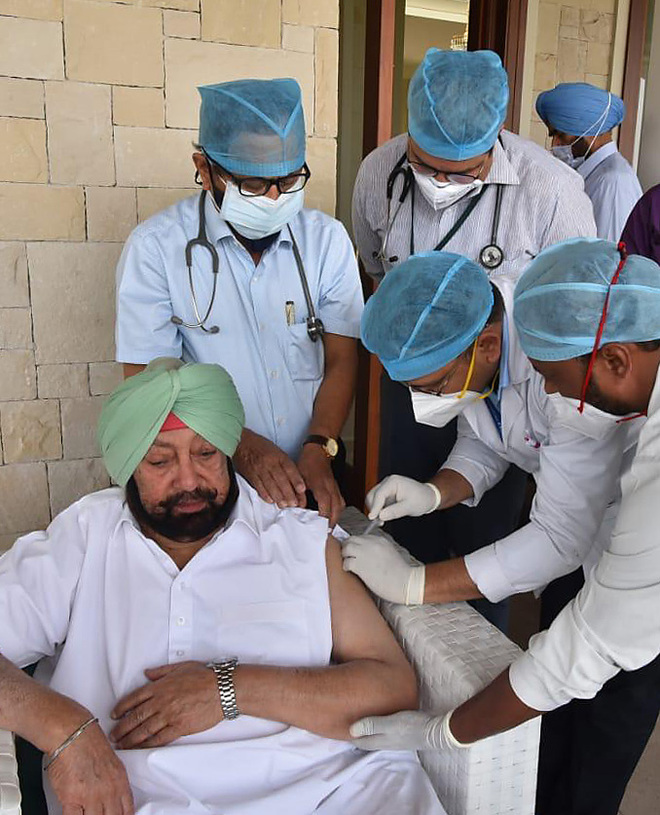 Capt Amarinder Singh gets his second vaccine shot in Chandigarh.

The second wave of Covid surge is proving fatal for those below 45 years and a few contracting the virus for the second time (without co-morbidity), have died across the state.

Nearly 70-80 per cent of Covid cases in the state have UK variant of the virus.

Dr Bishav Mohan, senior cardiologist at Dayanand Medical College and Hospital, who is also a member of Covid-19 task force formed by the government, said the UK variant was proving more deadly for the young as several youngsters below 45 years without co-morbidity had contracted the virus for the second time and lost their life. “Ten such cases have been reported in the state of whom three were admitted to the DMCH, a few in Jalandhar and rest were in other districts,” he said.

Last year, those admitted to ICUs were aged above 50 years. The new strain seems to have been affecting lungs more quickly and chances of the patient having severe lung infection are also high. On Sunday, 25 patients were on ventilator support in Ludhiana district alone.

52 more succumb, testing to be ramped up