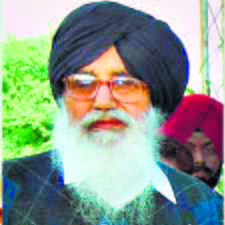 Former Chief Minister Parkash Singh Badal was admitted to a private hospital here on Saturday night after he complained of gastritis and bronchial asthma.

On June 6, the 94-year-old Shiromani Akali Dal patriarch was admitted to the PGIMER, Chandigarh, following gastric-related complaints and discharged later.

Sources said Badal had vomited a few times at night. Appropriate treatment was given and his condition was improving, said the sources. All his parameters were normal.