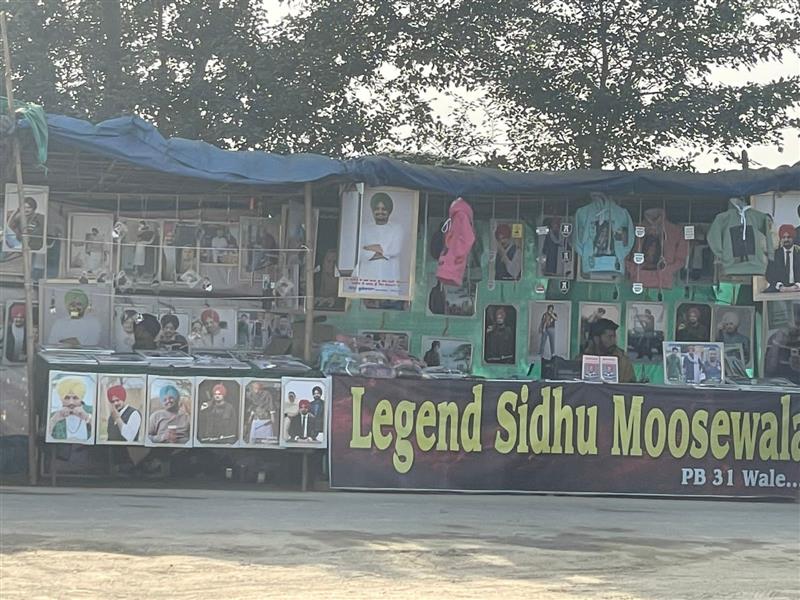 Six months after the death of Sidhu Moosewala, his admirers continue to throng Musa village in Mansa district to pay tributes to the slain singer.

A market, comprising nearly a dozen stalls and selling Sidhu Moosewala’s merchandise, has come up near the site where he was cremated in his fields in Musa village.

Hundreds of his fans daily turn up at his cremation site. The gathering is usually high on Sundays as his parents meet his fans on that day.

Owners of these stalls are doing brisk business with his fans purchasing T-shirts carrying his photos, posters, keychains and other things associated with Moosewala, which are up for sale at these stalls.

People not only come from nearby districts, but also from distant places of the state, including the Doaba and Majha regions, and even from Haryana and Rajasthan, to pay homage to the slain singer.

The field where Moosewala was cremated is at a short distance from his house. Despite the fact that there is a dedicated cremation site at the village, his parents chose to cremate him in their fields. Visitors are seen clicking pictures and making videos at the spot.

Moosewala was shot dead on May 29 at Jawaharke village in Mansa district.