Srinagar tulip garden to open on March 20 : The Tribune India 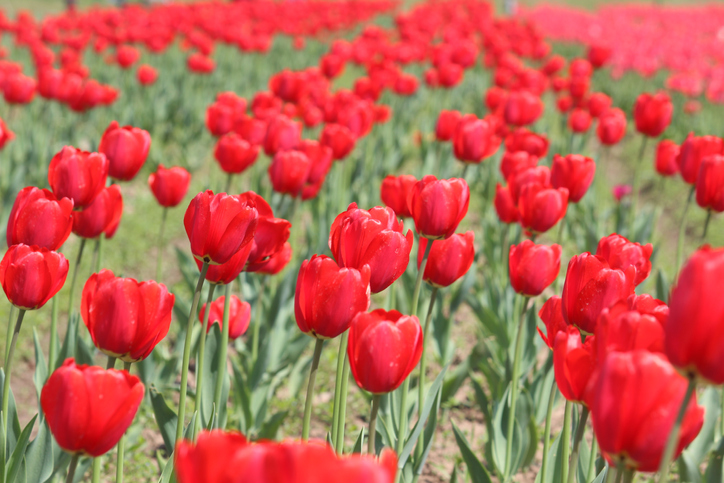 The famous tulip garden of Jammu and Kashmir's Srinagar city will be thrown open on March 20 as 15 lakh tulips are expected to bloom this year.

Sheikh Fayaz, commissioner/secretary floriculture department told some reporters that because of the comparatively better weather this season, the tulip garden will be thrown open earlier than usual.

The official said another tulip garden will be developed in the Sonamarg hill station while Pahalgam will have a rose garden.

He said 100 kanals of land have been identified in Sonamarg for setting up a Tulip garden.

"Department, besides maintaining old gardens, is all set to develop new theme based gardens in the Valley to attract more tourists.

"Department is now handling those parks which have more than 10 kanals of land and the rest of the small parks have been handed over to the municipality.

"The department has taken over such parks which were earlier handled by J&K Bank like Iqbal park and Badamwari garden.

"Department is fully prepared this year and new projects are being started for beautification and maintenance of new gardens and parks in the Kashmir Valley", the official said. IANS