Slimy but useful: Snail mucus found to have uses in development of anti-cancer drugs, water purification 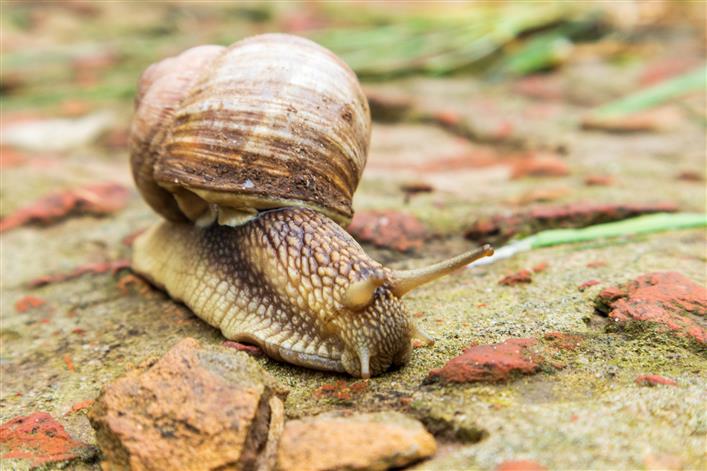 Snail mucus, secretions of snails which are normally considered as agricultural pests, has several applications in the development of anticancer and antimicrobial drugs as well as biosensors for the detection of toxic metals in water, researchers have said.

The multi-disciplinary study was published in the journal ‘Nature-Scientific Reports’ recently.

Prof Dr R D Chaudhari, one of the researchers and Head of the Department of Zoology & Research Centre, Shri Shiv Chhatrapati College, Junnar, Pune, said Achatina fulica is an exotic terrestrial snail having the status of “serious agricultural pest” in India.

“Achatina fulica secretes a sticky, complex, viscous secretion from its foot. The mucus serves various functions such as lubrication for the passage of objects, maintains hydrated layer on the epithelium, blocks the pathogens, etc, throughout a snail’s life cycle,” Chaudhari said.

Dr Dinesh Amalnerkar, another researcher, said they used the snail’s mucus as a novel biomaterial for the synthesis of silver bio-nano composite, which was then tested for various biological activities.

Cervical cancer accounts for almost one-third of total deaths among women due to cancer, he pointed out.

In particular, it showed better antimicrobial activity against Pseudomonas aeruginosa which causes infections of urinary tract, respiratory system, gastrointestinal system and burn wounds, and is resistant to many of the antibiotics currently in use.

The researchers published another paper in ‘Springer Nature Journal’ where another application of the bio-nano composite was explored for the detection of highly toxic mercury ions in water.

Parag Adhyapak, one of the authors of the study, said this is an important application as a majority of heavy metal pollutants such as mercury, chromium and lead are extremely toxic to the environment as well as to a human body.

“The bio-nano composite dispersion was used as the colorimetric bio-interfacial sensor for detection of toxic metal ion, mercury in the solution at parts per million (ppm) and parts per billion (ppb) concentrations,” he said.

This method could be very convenient as one can observe the color of a water sample changing with the naked eye if it contains pollutants such as mercury, lead or chromium, he said. PTI