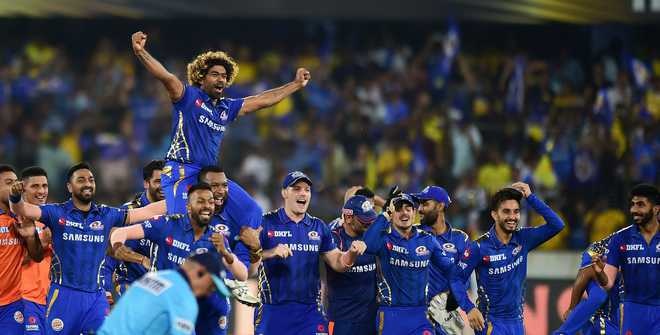 India's cricket board will not push for the T20 World Cup in Australia to be postponed but would consider staging the Indian Premier League (IPL) in the October/November slot if it becomes available, a senior BCCI official has told Reuters.

This year's IPL, which is worth almost $530 million to the BCCI, has been indefinitely postponed because of the COVID-19 pandemic while the World Cup, which is scheduled to begin on Oct. 18, is also in jeopardy.

Reports in Australian media have suggested India's influential board may look to push for the World Cup to be postponed to open up a window for the IPL.

World Cup contingency plans are on the agenda at next week's International Cricket Council (ICC) board meeting but BCCI treasurer Arun Singh Dhumal said India would not be recommending it be pushed back.

"Why should the BCCI suggest postponing the Twenty20 World Cup?" Dhumal told Reuters by telephone.

"We'll discuss it in the meeting and whatever is appropriate, (the ICC) will take a call."

"If the Australia government announces that the tournament will happen and Cricket Australia is confident they can handle it, it will be their call. BCCI would not suggest anything."

While Australia has seen new infections of the novel coronavirus slow to a trickle and is gradually easing travel curbs and social distancing restrictions, hosting a 16-team World Cup would be a Herculean task for Cricket Australia.

Dhumal questioned whether the tournament should go ahead if it had to be played without spectators and said the Australian government would play a key role in any decision.

"It all depends on what the Australian government says on this — whether they'd allow so may teams to come and play the tournament," he added.

Cricket Australia chief executive Kevin Roberts was guarded about the prospects of staging the tournament as scheduled on Friday.

"We don't have clarity on that one, yet. But as the situation continues to improve, you never know what might be possible," he said.

"It's ultimately a decision for the ICC."

The ICC has said it was unlikely to make a final call on the fate of the World Cup until August but some boards are in the process of making contingency plans in the event of a postponement.

While the BCCI recognised an open October-November window would suit the IPL, Dhumal said there was no point in making plans until there was some certainty about the World Cup.

"If we have the window available, and depending on what all can be organised, we'll decide accordingly," he added. "We can't presume that it's not happening and go on planning." — Reuters