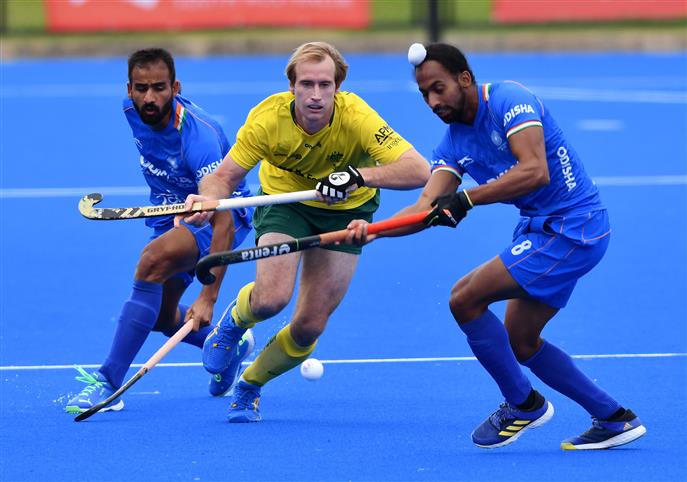 India played well only in patches as Blake Govers slammed a brilliant hat-trick to guide Australia to a dominant 7-4 win in the second hockey Test here today.

India played well only in patches as Blake Govers slammed a brilliant hat-trick to guide Australia to a dominant 7-4 win in the second hockey Test here today.

This was India’s 12th straight defeat to the world’s No. 1 team. India must win the next two matches to keep the five-match series alive. The third match will be played on Wednesday.

Skipper Harmanpreet Singh had given India an early lead, striking before the home team could settle, with a powerful penalty-corner conversion in the third minute. India looked threatening up-front and Harmanpreet nearly converted a second penalty-corner, but after that the home team began take control. India dished out an inspired show in the third quarter and trailed by just one goal at 3-4 at its end, but they were blown away in the final 15 minutes due to sloppy defending.

Having scored the winning goal in their close 5-4 victory in the first Test, Govers was again in the thick of action today. He scored in the 12th (PC), 27th and 53rd (penalty) minutes, while Jack Welch struck in the 17th and 24th minutes. Jake Whetton (49th) and Jacob Anderson (48th) were the other goal-scorers for Australia.