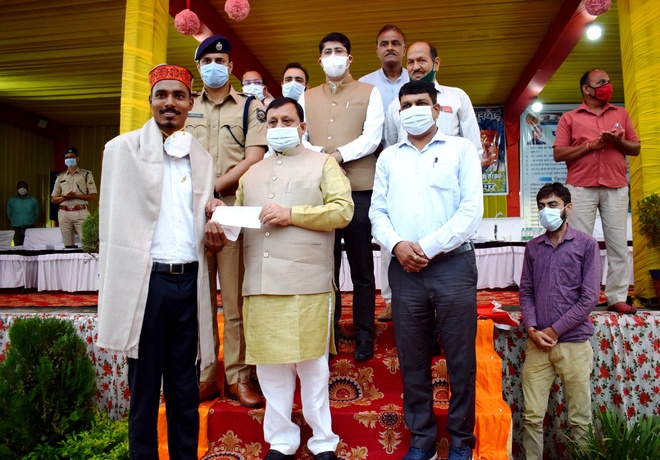 Agriculture, Rural Development and Panchayati Raj Minister Virender Nanwar presided over the Jan Manch programme organised today, in the upper Basal panchayat of Kutlehar Assembly segment. As many as 102 public complaints were received, most of which, were addressed on the spot.

The minister gave a cheque of Rs 51,000 to Nishad Kumar from Amb, who had won a silver medal in the high jump event at the recently concluded Tokyo Paralympics.