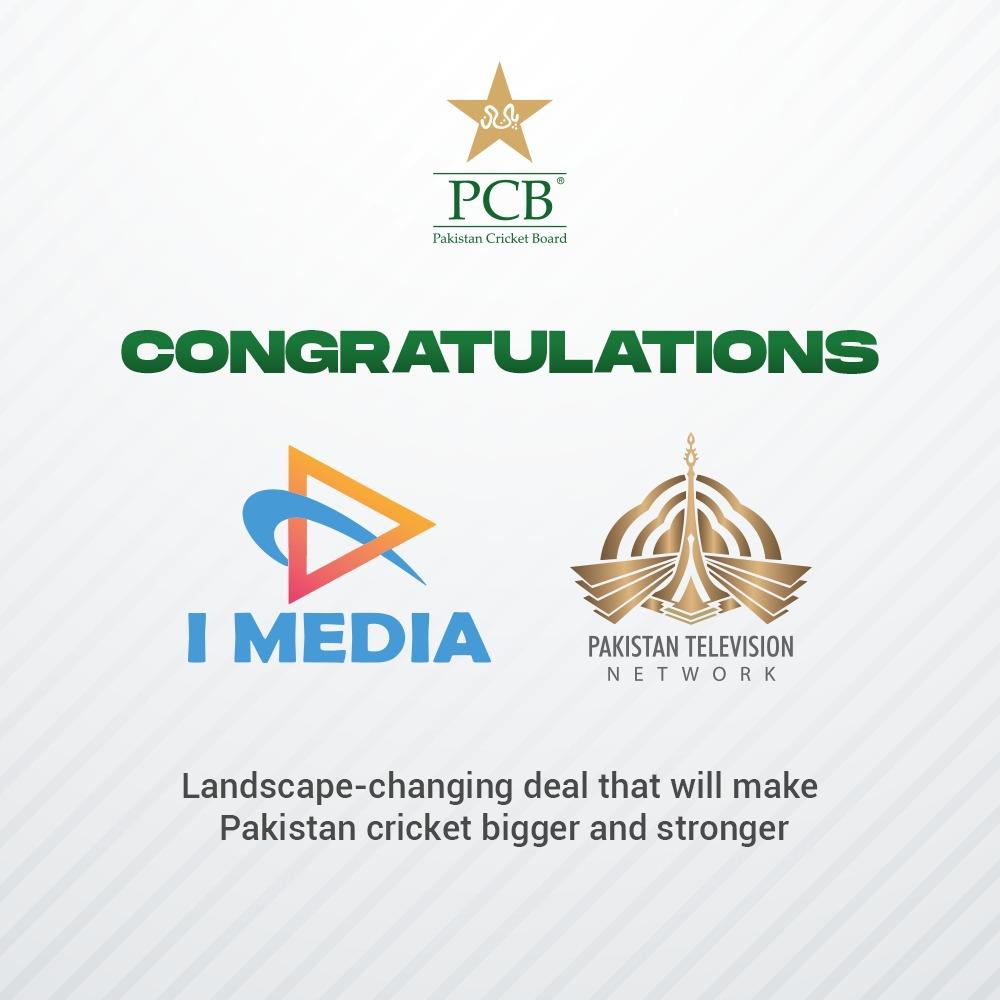 Under the new agreement all Pakistan international home series of the senior cricket team and the women's and junior cricket teams will be broadcast live on PTV Sports. Twitter/Pakistan Cricket

Pakistan Cricket Board (PCB) on Wednesday signed a three-year broadcast deal worth USD 200 million with PTV Sports and a cable distribution agreement with I-Media Communication Services.

"The PCB today signed a satellite broadcast deal for broadcast in Pakistan with PTV Sports and a further agreement to secure cable distribution with I-Media Communication Services," the Board said in a statement.

"The broadcasting arrangement is structured to provide for increasing revenues over the term of the cycle and PCB expects to earn in excess of USD 200 million over the three year term."

It said the broadcast agreement was for Pakistan only while the PCB would be soon finalising the grant of its broadcast rights for international territories separately as well as launching a new structure for its digital media rights.

"Under the arrangement all Pakistan international home series of the senior cricket team and the women's and junior cricket teams will be broadcast live on PTV Sports," said the PCB.

The Board said the matches will be produced by PCB directly to the highest international standards and will ensure broadcast and distribution of Pakistan cricket across the globe.

"For the first time in almost three decades the broadcasting rights of Pakistan's home international matches have been granted exclusively to a Pakistani broadcaster." PTI