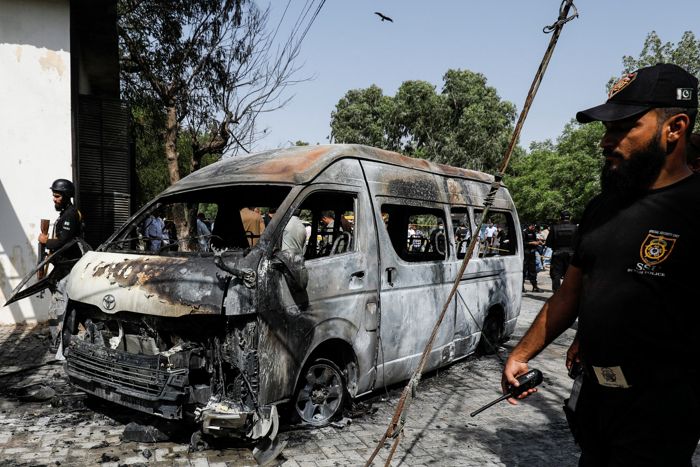 A bomb blast on a minibus killed three Chinese employed at Karachi University’s Confucius Institute on Tuesday, officials and police said, in the first major attack in Pakistan on nationals of long-time ally China since last year.

The three were among passengers on a minibus travelling near the university when the bomb exploded, killing the Chinese and a fourth person, a Pakistani, police said.

The Baloch Liberation Army (BLA) separatist group claimed responsibility for the blast, adding in an email sent to Reuters that it had been carried out by a woman suicide bomber.

The blast was the first major attack in an urban area of Pakistan since Prime Minister Shehbaz Sharif took power this month. He condemned what he called a cowardly act of terrorism.

“I am deeply grieved on the loss of precious lives including of our Chinese friends in the heinous attack in Karachi today,” Sharif said.

A university spokesman said the dead included the Chinese director of the Confucius Institute, a Chinese language and cultural centre, and other faculty members of the institute. A local guard and another Chinese, who were in the van, were wounded critically. — Reuters