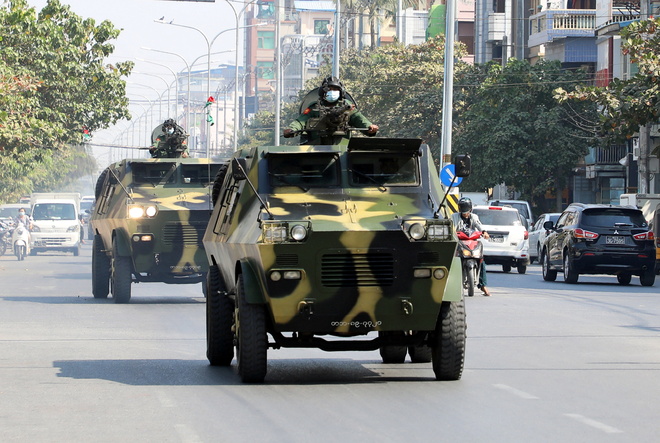 Police in Myanmar levelled their first formal charge against ousted leader Aung San Suu Kyi, members of her party said Wednesday, giving military authorities who staged a coup a legal reason to detain her till February 15 for investigations.

The charge that Suu Kyi was in possession of illegally imported walkie-talkies came to light two days after she was placed under house arrest and appeared to merely be an effort to lend a legal veneer to her detention, though the generals have previously kept her and others locked up for years.

The move followed a military coup on Monday and the detention of Nobel Peace laureate Suu Kyi and other civilian politicians. The takeover cut short Myanmar’s long transition to democracy and drew condemnation from the United States and other Western countries.

A police request to a court detailing the accusations against Suu Kyi, 75, said six walkie-talkie radios had been found in a search of her home in Naypyidaw. The radios were imported illegally and used without permission, it said.

A separate document showed police filed charges against ousted President Win Myint for violating protocols to stop the spread of Covid during campaigning for an election last November.

Suu Kyi’s National League for Democracy (NLD) won the election in a landslide but the military claimed it was marred by fraud and justified its seizure of power on those grounds.

The chair of the Association of Southeast Asian Nations (ASEAN) Parliamentarians for Human Rights, Charles Santiago, said the new charges were ludicrous. — Reuters

US in touch with India, Japan

Washington: A senior State Department official has said the US is in touch with regional allies like India and Japan on the latest developments in Myanmar as the two countries have better contact with the military in the Southeast Asian nation. “We’re having daily ongoing conversations with them, and we certainly appreciate that some other countries have better contact with the Burmese military,” he said. PTI

New Delhi: The UNSC held an emergency meeting on Myanmar but was unable to agree on a statement about the military coup. Britain had drafted a text calling on Myanmar to immediately release civilian leaders. There was no mention of sanctions. TNS