The nomination sets up a confrontation between the Taliban and Afghanistan’s fallen government envoy, Gram Isakuzai, who has held his post so far 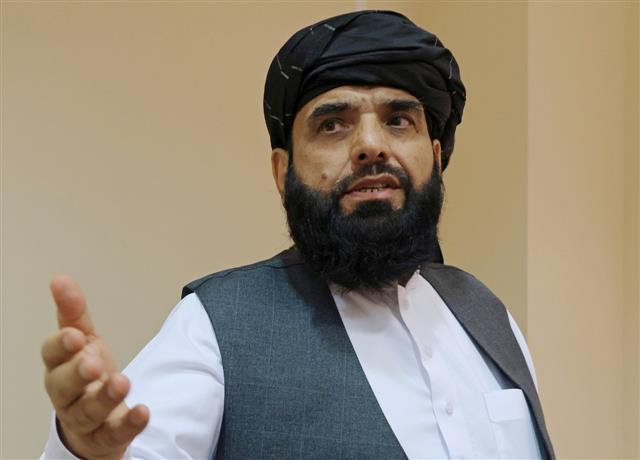 The Taliban have written to Secretary-General Antonio Guterres nominating their spokesman Suhail Shaheen as Afghanistan’s new ambassador to the UN and have asked to participate and speak in the high-level 76th session of the General Assembly currently under way here.

The nomination sets up a confrontation between the Taliban and Afghanistan's fallen government envoy, Gram Isakuzai, who has held his post so far.

The Taliban swept across the country last month, seizing control of almost all key towns and cities in the backdrop of withdrawal of the US forces that began on May 1. On August 15, the capital city of Kabul fell to the insurgents.

The Taliban claimed victory over opposition forces in the last holdout province of Panjshir on September 6, completing their takeover of Afghanistan three weeks after capturing Kabul.

In the letter, the Taliban requested to participate in the “76th session of the UN General Assembly on September 21-27”.

Farhan Haq, the Deputy Spokesman for the Secretary-General, told PTI that the letter also indicates that as of August 15, 2021, “Mohammad Ashraf Ghani is ousted and (countries across the world) no longer recognise him as president”.

Ghani, who had fled the country as the Taliban took control of Kabul on August 15, had appointed Isaczai as Kabul's envoy to the UN in June 2021.

The Taliban letter further indicates that the mission of the Permanent Representative is considered over and that Isaczai no longer represents Afghanistan.

The Taliban have nominated the Doha-based spokesman Shaheen as Afghanistan's new Permanent Representative to the UN.

"A new Permanent Representative, Mohammad Suhail Shaheen, is nominated," according to the Taliban letter.

Haq said that on September 15, the Secretary-General had received a communication from the Permanent Mission of the Islamic Republic of Afghanistan to the United Nations signed by Ambassador Isaczai, containing the list of delegation of Afghanistan for the 76th session of the General Assembly.

Isaczai is listed as the head of the delegation. PTI