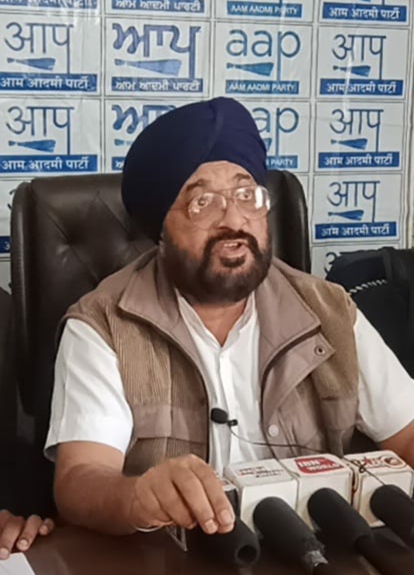 A doctor under National Rural Health Mission at Health and Wellness Centre at Abdal village had lodged a complaint against him with Vigilance Bureau.

Harinder Singh, national council member of AAP, along with other leaders alleged that Dr Chohan remained in jail for 22 days before he was released on bail on health ground. He alleged that he was considered close to a local ruling party minister.

“As he had political shelter, he was allowed to get the coveted post of SMO at the local Civil Hospital here,” he said.

“It is an irony of sorts that Health Minister and Medical Education Research Minister, both belong to Amritsar and still an alleged corrupt health official was posted at such an important post,” he said, pointing out that this directly raised questions over the honesty and integrity claims of Punjab Government headed by Charanjit Singh Chani. Interestingly, the Vigilance Bureau has also failed to file a challan in court so far.

Dr Chohan, while speaking to the media, said the matter was sub-judice and he cannot comment.