Earlier, a three-digit figure of cases was reported on October 7 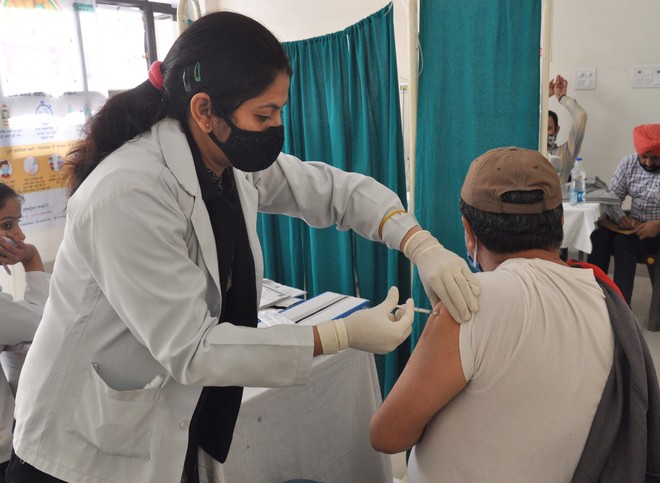 After a gap of five months, Amritsar district has reported more than one hundred positive cases on Sunday.

The health authorities reported a total of 104 fresh cases in the last 24 hours. Earlier, a three-digit figure was reported on October 7 when 103 persons tested positive.

Later, the number of daily positive cases gradually came down. Officials said of new cases reported on Sunday, 69 were influenza-like illness cases and 35 were contacts of positive cases.

In March 2021, a total of 428 persons tested positive and eight succumbed to the virus. In February 2021, the health authorities reported a total of 644 positive cases and 12 deaths. Most of the positive cases were reported after February 21, when the district along with other parts of the state witnessed a sudden spurt in the cases.

The district health officials said they were constantly monitoring the situation and all efforts were being made to tackle the pandemic.

Meanwhile, with many districts of the state already announcing the night curfew due to surge in the Covid-19 cases, the general community and traders were worried as they feel that it would hurt them economically.

Also, 22 more school students tested positive in Jalandhar district on Sunday. With this, the number of cases among pupils reached 203 in the last three days. A total of 141 new cases were reported today, taking the district tally to 22,541. As many as 181 students tested positive till yesterday. In total 29 fresh cases were reported from schools/colleges today (22 school students, five teachers and two students from the PIMS).