Free bus travel not living up to expectations? 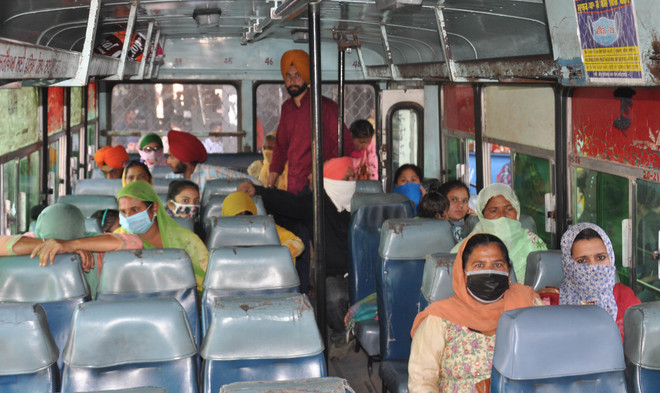 The recently started free bus travel for women in Amritsar on Wednesday.

They stated that though the government has announced free bus travel for women inside Punjab, it would not help much and women in many areas would have to travel in private buses and government buses fleet has depleted during the last two decades.

In district, with around 175 buses at the two depots of Punjab Roadways, the passengers are predominantly dependent on private buses as they have a much larger presence.

“Until ’90s to 2000, the rural people were mostly dependent on government buses. Afterwards the number of buses has continuously decreased but that of private buses has seen an exponential growth,” said a retired school teacher Gurnam Singh. He added that in the present circumstances, the free bus travel announcement is a joke as there are not many government buses available.

The old timers in the Punjab Roadways stated that during their days, it had a fleet of 2,200 buses which has now shrunk to 175. The government bus drivers and conductors are already on warpath against the state government as they are demanding regularisation of their contractual jobs. However, with the new free bus travel for women announced in state, they feel that their chances of getting a regular job have further decreased.

While the state government and administration are terming the decision of free travel as an achievement, Ruchika Mehra, a college student, said, “On one hand we are trying for gender equality and on the other hand we are portraying women as feeble who require free bus travel. The service should have been ideally given to economically vulnerable groups, including both men and women and not on gender basis.” She stated that she sees the government decision as a political gimmick which is aimed at developing mileage in the next elections than providing any real benefit to the desired sections.