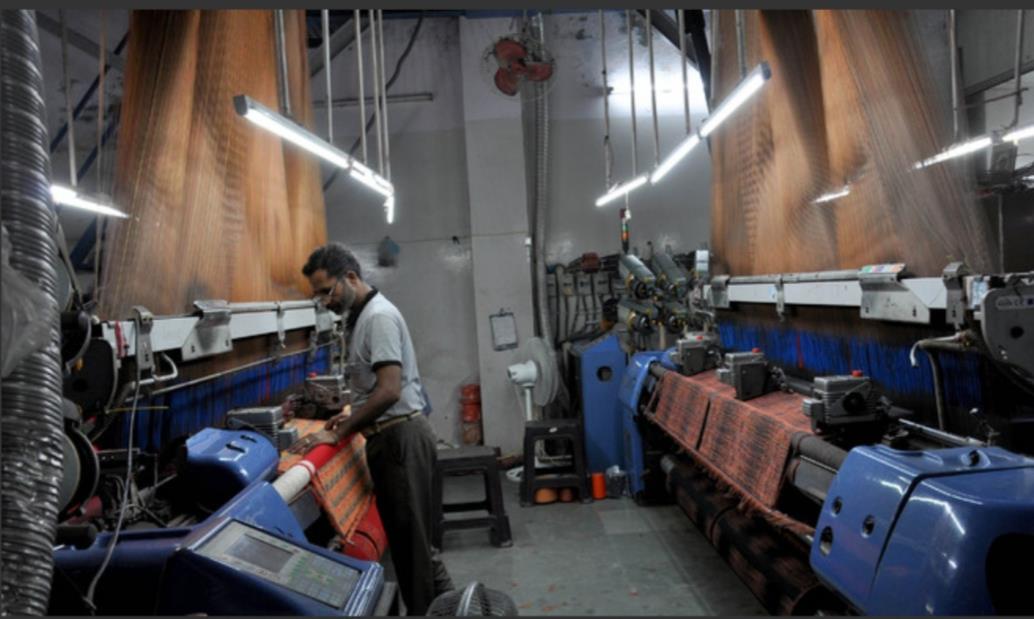 A worker operates a machine inside a factory in Amritsar.

With the US dollar costing Rs 81.26, the investment cost of local importers has increased, upsetting their business calculations. They complain that their profit has also come down.

Keshav Aggarwal, a city-based importer, said his firm was regularly importing gift items from China. Since they have been in the trade for a long time his firm has been given a credit facility. “Consignments booked at a time when exchange rate was at Rs 77 against US dollar are now costing them over Rs 81. So, the loss is more”.

He said apart from adverse global trends the government increased the basic customs duty without paying a thought about customers who have to pay more. In the past five years, the customs duty on imported goods has increased from 10 percent to 15 and 25 per cent. Similarly, other charges has also increased such as delay in the arrival of a container attracts a fine of Rs 5,000 per day, which is extremely high. e-filing of documents is good but the government has to look at why the number of online objections on imported consignments have spiked. Vital two to three days are wasted in convincing officials about the reasons.

Akshay, another importer, said fluctuation of Indian rupee against the US dollar has been frequent for the past sometime and rupee has been hitting record lows. A weakened rupee has made imports costlier. As its impact is reflected in surging oil prices, similar is the case with the items being imported. He said prolonged Russia-Ukraine war, consequent supply disruptions and spiralling oil prices have increased the cost of capital. Thus, it weakened growth prospects in an uncertain international market.

Piara Lal Seth of Shawl Club of India said apart from Indian rupee other currencies such as British pound has also depreciated. The Bank of England already issued a warning that the UK may already be in recession. Closer home Sri Lankan economy continues to suffer from the highest ever inflation rate miring it into the worst ever economic crisis. “Learning from international trends, our government should take proactive steps to rein in inflation,” he said.