Victim, a SAD activist, was married around a month ago; 1 held 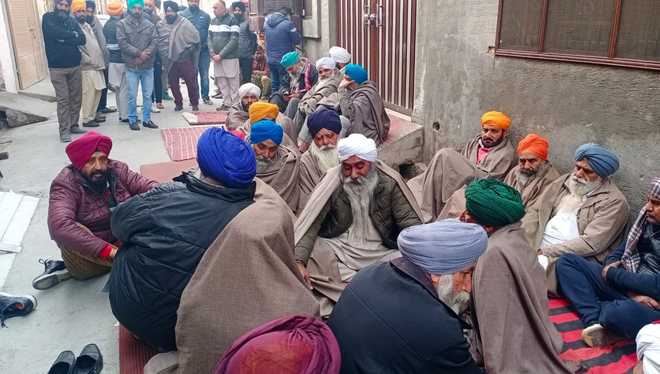 Wailing family members of Jagdish Singh in Amritsar on Thursday.

The Lohri festivities turned tragic for the family of a 30-year-old youth who was shot dead by several persons following a dispute over the playing of DJ at high volume on the occasion of Lohri in the Shaheed Udham Singh Nagar area here on Wednesday evening. The victim, identified as Jagdish Singh (30), was a SAD activist. He was married around a month ago.

The police have arrested one person, identified as Balwinder Singh alias Billa, here on Thursday while police teams were conducting raids to arrest the remaining suspects.

Besides Billa, the police have booked his three sons — Mandeep Singh, Sukhchain Singh and Amanchain Singh — Laddi and around 12 unidentified persons in the case. The accused were also associated with the SAD, said the police.

Bhupinder Singh, father of the victim, told the police that the accused were playing DJ on the rooftop while flying kites during the festival of Lohri. They had called their friends also. He said they were using abusive language during the function and Jagdish Singh objected to using such language. At this, they got enraged and Billa, along with other accused, attacked him. They shot at him, leaving him critically injured. He was rushed to hospital where he died.

Police officials immediately reached the spot and started investigation. The accused fled the spot after locking their houses.

Additional Deputy Commissioner of Police Harpal Singh said Billa was arrested on Thursday and raids were on to nab the remaining accused. Gurwinder Singh, SHO, Division B police station, said the accused and the victim belonged to the same party. He said due to the death of municipal councillor Harpreet Singh Goldy of Ward No.37 under which the area falls, the by-election in the ward was announced.

The victim, however, supported an independent candidate after he failed to get the ticket from the party. He said this was a bone of contention between the accused and the victim which led to the incident.