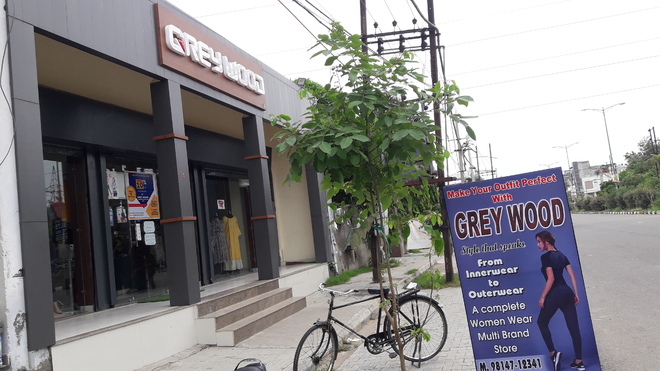 Accused held the staff of mobile shop hostage at gunpoint in Tarn Taran.

Two masked-robbers looted Rs 27,000 and a mobile phone from a showroon situated just 20 yards away from the residence of the Senior Superintendent of Police on Thursday.

Bhupinder Singh Chawla, owner of the showroom, told the police that robbers came on a motorcycle.

Armed robbers came on a motorcycle. One of the miscreants held my workers at gunpoint and robbed Rs9,000 and a cell phone from a customer. Robbers also took away Rs18,000 from drawers.

Chawla said one of the miscreants held his workers at gunpoint and robbed Rs 9,000 and a cell phone from a customer. Robbers also took away Rs 18,000 from drawers.

Mobile location of robbers showed that they remained near Goindwal Sahib bypass for more than an hour, but cops failed to nab them.

Assistant Sub-Inspector Inderjit Singh (Investigating Officer) said a case under Sections 379-B and 34 of the IPC has been registered in this regard.

In another incident, three motorcycle-borne miscreants robbed Rs 2,500 and a two-wheeler from Baljit Singh of Saido village, on Wednesday.

Baljit was heading to his farmhouse when robbers stopped him. The robbers threatened to kill me with sharp-edged weapon and took away Rs 2,500 and my moped before escaping from the spot, he said.

Assistant Sub-Inspector Harjinder Singh (Investigating Officer) said, “We have identified two robbers (Nishan Singh Shana of Valtoha and Surjit Singh of Sabhra) while their third accomplice is yet to be recognised.”